Negative repercussions from Europe’s energy policies — more properly described as a suicidal energy death spiral — are piling up. Euro governments are learning that it is far easier to set off down the road of green good intentions, than it is to extract themselves from the bottomless green mire of unintended consequences.

Europe is way ahead on renewables and evidence suggests its utilities may be travelling further and faster down their own tunnel of doom — a more developed and advanced version of the death spiral.

… Utilities, required to invest to incorporate renewables into a centralized system, are left in an unsustainable situation of higher embedded costs and fewer customers.

…One example is negative electricity prices, resulting from a buildout of wind. Denmark, the earliest developer of mass wind generation got there first, but Ercot West in Texas wasn’t far behind.

… According to consultancy Capgemini’s recent European Energy Observatory report, average gas-fired plant utilization rates dropped to 11% in Spain in first-half 2013 and to less than 21% in Germany in 2012. The International Energy Agency says gas plants need a utilization rate of 57% to be profitable. About 130 GW of gas-fired generation capacity across Europe — equivalent to around 60% of total installed gas-fired generation in the region–is currently not recovering its fixed costs and is at risk of closure by 2016, Capgemini said, citing IHS estimates.

… These developments are really coming home to roost. German utility RWE forecast in November that its profits would be cut almost in half next year by the depressed state of wholesale electricity prices. It will sack 10% of its staff. Chief Executive Office Peter Terium was reported to have described the company as “passing through a vale of tears”, a more poetic but nonetheless analogous process to the death spiral.

It is a topsy-turvy situation. The mothballing and closure of conventional generation plants will eventually drive up wholesale prices, while there will be a big shift in the operational characteristics of the generation fleet as a whole towards intermittency. With environmental levies for renewables subsidies rising in line with the ongoing build-out, consumers will be hit with both higher prices and a decline in reliability. If anything could break the consensus on climate change policy it would be this. _Platts

Keystone industries are beginning to move production offshore due to the high costs and worsening quality and reliability of European electrical power. Jobs are leaving, never to return.

At the same time that EU energy policies are driving industry and productive jobs overseas, Europe continues to fill up with unassimilable, uneducable, unproductive immigrants who have no love for western civilisation or westerners. European professionals, scientists, and entrepreneurs get caught in the squeeze, and begin to consider possible sites for relocation, such as the Anglospheric countries Australia and Canada.

Earth has immense hydrocarbon resources — including shale oil & gas and gas hydrates — which are waiting patiently to be exploited. The clean use of hydrocarbon energy could give humans the decades they need to develop cleaner and more efficient new generations of nuclear reactors, and other advanced forms of reliable power. 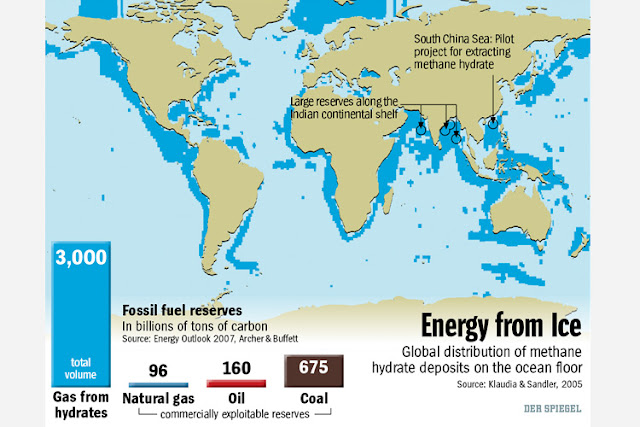 The most likely cause of energy doom is bad governmental policies.

More: Germany’s government is aware of the deep hole it has dug for itself, but whether it has the will to save the homeland from corrupt faux environmental pseudoscience in high places, remains to be seen.

More: Wind is Nobody’s Friend. This piece contains insight into the difficulty of integrating intermittent wind energy into a delicately balanced power grid. But when the author tries to list the benefits of wind, she provides only stinking farts. Government complicity in this giant corrupt boondoggle needs to be brought out into the light, not covered up by the skankstream.

This entry was posted in Energy, Europe and tagged Green Idiocy. Bookmark the permalink.