Tyranny vs. Opportunity: Decline or Prosperity

Under US President Obama, the US continues to decline in the global rankings of economic freedom and opportunity.

The U.S. is the only country to have recorded a loss of economic freedom each of the past seven years. __PersonalLiberty 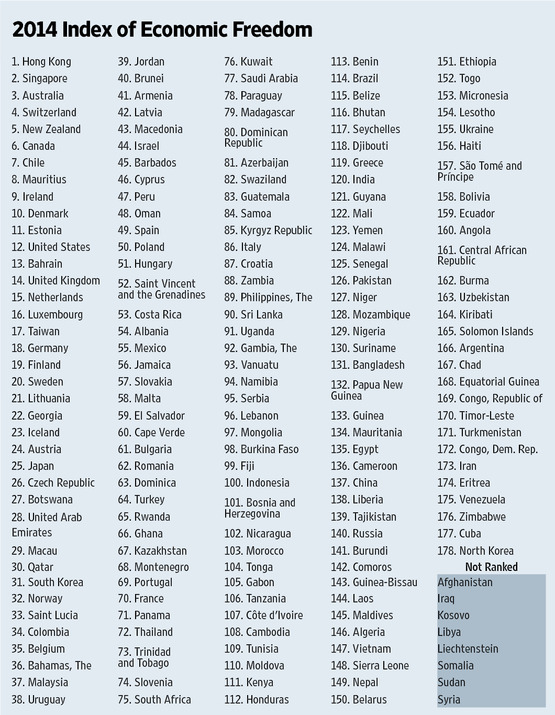 US drops in economic freedom rankings under Obama

US power fades under Obama

It is ironic that the shale fracking industry has rescued the US economy from Obama, to a certain extent. Obama had set his destructo-sights on coal, and was caught with his pants down by the shale revolution.

True US unemployment is closer to 40% than the official 7%. Youth and minorities have particularly high unemployment.

The IRS has been attacking Obama’s “enemies” since the one entered office. In fact, Obama has used all the powers of office — and some powers he should not be able to exercise — to hurt political opponents inside the US. At the same time, he has alienated international allies of the US while showing every sign of giving away the farm to traditional enemies of the US.

Americans, like citizens of most advanced nations, are living in interesting times, when their leaders seem to be pursuing ideological goals which have nothing to do with the well-being or freedoms of citizens.

HFTB-PFTW. It is never too late to have a dangerous childhood.

This entry was posted in Economics, Government, Ideology and tagged economics. Bookmark the permalink.

3 Responses to Tyranny vs. Opportunity: Decline or Prosperity