Send Your Child to Prison Instead of College

Think of Prison as a Preparation for Life After TEOTWAWKI

College is becoming more and more expensive. But the advantages of going to college are diminishing by the year. 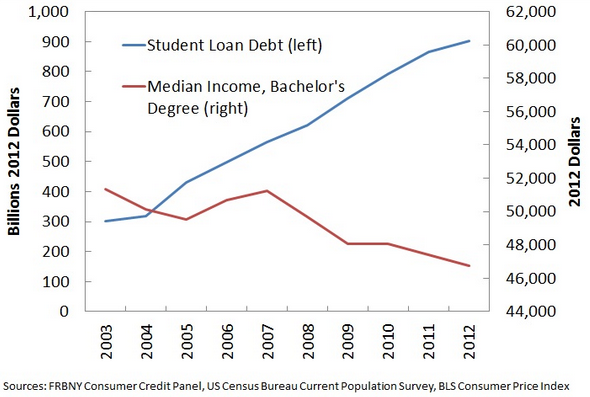 After TEOTWAWKI — The End of The World As We Know It — your kids will need an entirely different skill set than the ones that are being taught in college.

And just what is being taught in college? How to binge, fornicate, become indoctrinated in counter-productive ideology (academic lobotomy), and how to live well on borrowed money while avoiding responsibility as long as you can?

Modern economies are built upon the predictable movement of young people into positions of responsibility. The child is supposed to grow up and learn to make a living, get married, get a mortgage, raise children, and teach his own children to follow the same responsible path through life. The entire social security net welfare society is based upon this predictable trajectory.

But something happened on the way to a perpetual motion welfare state utopia. College-educated students are going so deeply into debt that they cannot afford to pay back their student loans — much less take out mortgages and raise families. A greater and greater number of them are moving back in with their parents.

Not only are student loans preventing indebted students from moving on with their lives, they have grown to such a size that they are creating a growing drag on the entire US economy.

Students across the country are trapped by their debts and often unable to take advantage of the freedom that a college degree should theoretically afford them.

… Student debt doesn’t just weigh heavily on graduates. Evidence is growing that student loans may be dragging down the overall economy, not just individuals. Think about it this way: if students have significant debts, it means they’re less likely to spend money on other goods and services, and it also means they’re less likely to take out a mortgage on a house. Consumer purchasing is the primary driver of the U.S. economy, and mortgages and auto loans play a huge role as well. __ http://business.time.com/2014/02/26/student-loans-are-ruining-your-life-now-theyre-ruining-the-economy-too/

How much are these over-educated dead-beats driving down the US economy? No one knows, because the people who maintain the numbers don’t want you to know. And the people who should be holding the government’s feet to the fire to keep us informed — the media — are not doing their jobs.

Going to prison voluntarily, on the other hand, does not require taking out loans. And the skill sets that your children can learn in prison will make them better suited for the “survival of the fittest” world after TEOTWAWKI.

If you have the skills to separate from government services, you can live free with your mind and your life still yours to do with as you choose.

But few people want to cut all their strings and fly free — particularly if they do not have either enormous assets or unlimited skills from which to draw. Most people do not want to live off the grid in a converted school bus, no matter how luxuriously it may be fitted out, nor are they entirely comfortable with the idea of sending their children to prison for TEOTWAWKI training.

For those more discriminating folk, we are devising the Al Fin Dangerous Child Method of Education and Child Raising. The Dangerous Child has all the benefits and positive skills of a prison term, plus all the useful knowledge and social skills of a broad based university education. But he doesn’t have all those lifelong debilitating (and sometimes deadly) viruses that often hike along with a person who spends too much time in prison or college.

And rather than accumulating a lifetime’s debt, the Dangerous Child masters at least three distinct ways of supporting himself financially, before he celebrates his 18th birthday. If he wanted a mortgage, he could have it, but he is more likely to build his own house — or pay cash for one already built.

So there you see the three choices:

It is your choice. Consider carefully, since you will have to live with your decision for a long time.

Charles Murray: Too Many Students Going to College
Not enough students learning practical trades and other practical skills.

Altucher’s rather conventional 8 alternatives to college

Note: The above article is labeled “satire.” But if you replace the word “prison” with “a skilled apprenticeship” in the dangerous trades, “a military enlistment,” intense training in firefighting, EMS, or other hard core occupation, you will better understand the underlying intent.

This entry was posted in Dangerous Child, Economics, Education, satire, Survival Prepping, University. Bookmark the permalink.
%d bloggers like this: