Shale Boom Heard ‘Round the World 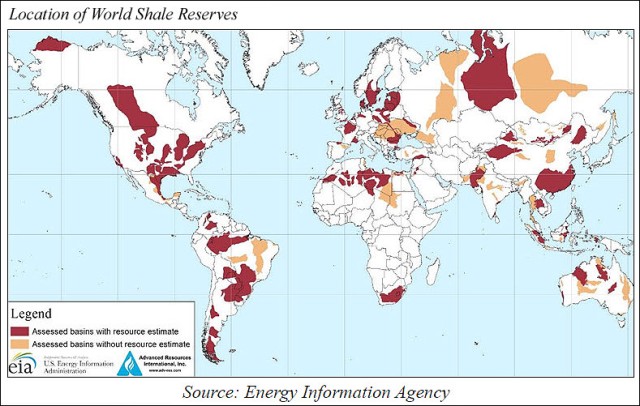 From China to Russia to Argentina to the Ukraine and beyond, shale oil & gas reserves are being discovered, tested out, and recovered. North America is better placed for developing these reserves than most, due to strong private property rights and a more functional rule of law than the very corrupt governments mentioned above.

So it should not be surprising that another government of the Anglosphere is poised to develop its shale resources — Australia. 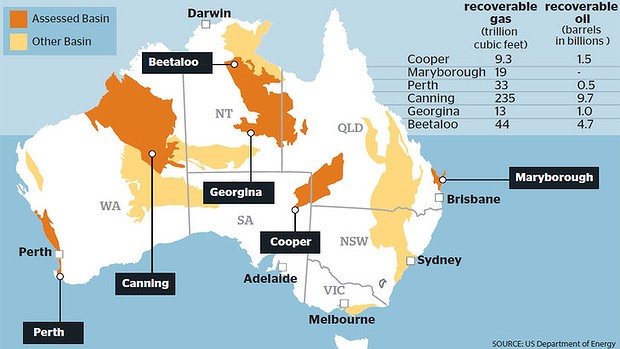 Australian voters rejected the energy starvationist government of Julia Gillard, and seem ready to move on to a more prosperous world of abundant energy resources.

“Australia does not have the seemingly bottomless development capital of China, or the powerful government incentives of Argentina,” the Lux report said. “However, Australia more than makes up for this by having the characteristics conducive to successful commercial production, which other front-runners like Argentina, China, U.K., and Poland lack.”

Massive projects being constructed in Australia to produce and export natural gas to Asia make the country more attractive for shale exploration.

Chevron is leading the development of two massive LNG projects in Australia, at a cost of around $81 billion. The projects will liquefy and ship natural gas to energy hungry Asian nations.

Australia has lost several steps in the race to North America, but seems ready to make up the loss through hard work.

A lot of “experts” have been predicting the premature end of the shale revolution. But none of them predicted this massive shale boom — or anything like it — in the first place. They have lost credibility on this point and will have to work hard to be considered credible sources again.

Amazing new oil & gas exploration technology are combining in a synergistic way with better technologies for production of both conventional/unconventional oil & gas in both onshore and offshore deposits.

But that is just the beginning. A far more massive supply of energy is waiting for the proper tools of exploration and production: gas hydrates. 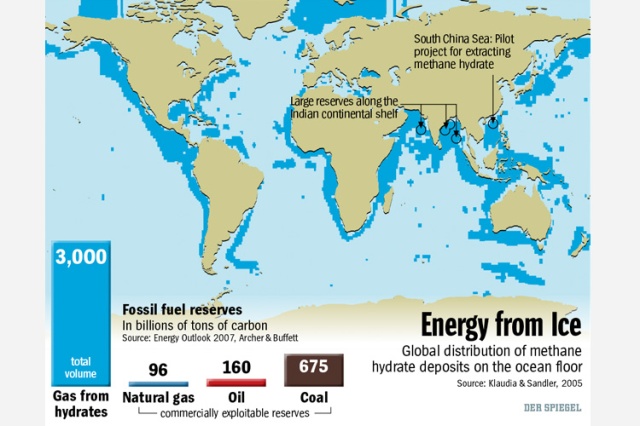 As you can see above, the abundant gas hydrate resource overwhelms all other hydrocarbon resources on the planet.

Yet that is far from the end of Earth’s carbon complement. Thanks to abundant solar energy, Earth has the potential to produce much more biomass. Biomass — along with any other carbonaceous material — can be converted to clean useful energy and materials quite economically, if you have abundant and cheap industrial process heat. This heat can be obtained economically, along with abundant electrical power, using new generations of cleaner, safer, very high temperature nuclear reactors. 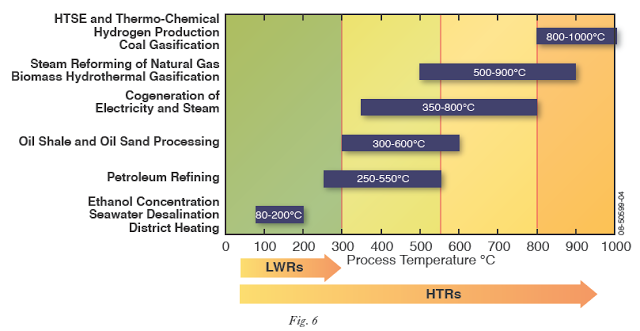 More information on the potential of nuclear process heat

When you can easily convert cheap, low quality carbonaceous mass into expensive, high quality carbon based products of all kinds, you have opened the door to a new world.

All of the above energy potential relies upon the ingenuity and ambition of the human mind. If governments clamp the lid on human ingenuity — as in North Korea and other corrupt and brutal dictatorships — the chances of developing amazing new technologies are reduced. If the average global human IQ continues to decline globally due to dysgenic birthrates, paternalistic and counterproductive foreign aid and philanthropy, and dysgenic immigration policies, humanity’s long-range opportunities will diminish.

There is a reason why the formation of communities of skilled, competent, and ambitious Dangerous Children is a good idea.

This entry was posted in Energy, Shale Oil & Gas Revolution. Bookmark the permalink.

2 Responses to Shale Boom Heard ‘Round the World