Black Start after Power Grid Collapse: Not Something for Apes or Zombies

Abundant and affordable electricity is vital to a modern society. If electrical power were suddenly lost, up to 90% of the population in an advanced society would die within one year — unless power were restored in full in a timely manner. The number of ways in which a power grid might collapse are legion. 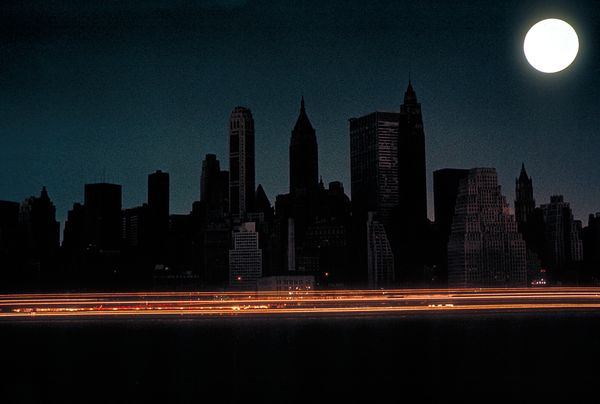 Whether your society is taken over by apes or by zombies, the electrical power grid is going to go down. That means that hundreds of millions — or even billions — of people will die in the aftermath worldwide (up to 90% 1 year die-off in electricity-dependent societies).

Whether or not the grid can be re-started after a total collapse will depend upon whether sufficient resources and expertise have survived the demographic disaster that caused the grid collapse in the first place.

In the new Planet of the Apes movie the entire grid is down, and the humans see the restoration of a broken-down hydroelectric plant as their ticket back to a more civilized existence. The humans send a team of workers into the heart of ape kingdom to make repairs.

But when a generation system goes completely off-line, as is depicted in the movie, the electricity plants themselves will lack even the minimum capacity to begin basic operations. For instance generating plants with steam turbines couldn’t bring their water pumps back online without a backup diesel generator.

Many power plants will have back-up generators — including those designated as black-start units — but the generators only will operate if they’ve been maintained and they’re undamaged. That would probably be the case with most foreseeable circumstances faced by ERCOT, but not so much if gorillas or zombies took over. A total collapse of the grid may also mean a loss of telecommunications, which would make the grid operator’s job much more difficult. __ Apes and Grid Black Start

.. engineers have plans in place to bring back “islands” of power in the case of a black-start scenario, with service gradually expanding until the entire grid is restored. She said worst-case contingencies, such as the loss of telecommunications, are also included in their planning. (ERCOT Black Start) __ Fuel Fix

When a nation is overrun by zombies or apes, all critical infrastructures would be severely damaged — or lost. This makes “black starts” almost impossible, unless the physical and human infrastructure were already in place and ready.

Black Start is the procedure to recover from a total or partial shutdown of the transmission system which has caused an extensive loss of supplies. This entails isolated power stations being started individually and gradually being reconnected to each other in order to form an interconnected system again.

In general, all power stations need an electrical supply to start up: under normal operation this supply would come from the transmission or distribution system; under emergency conditions Black Start stations receive this electrical supply from small auxiliary generating plant located on-site. Not all power stations have, or are required to have, this Black Start capability. Black Start capability is usually a consideration when the plant is being built. __ http://www2.nationalgrid.com/uk/services/balancing-services/system-security/black-start/

The power grid can be shut down by a wide range of causes — either accidentally or on purpose. Cyber-war, EMP, large-scale natural disaster, nuclear war, sudden loss of human operators and technicians — these are causes of sudden collapse. We are in the middle of a slower-term collapse being caused by dysfunctional government energy policies combined with other government idiocies.

Collapse by human error becomes more likely as power grids are forced to rely more extensively upon unpredictably intermittent energy sources such as big wind and big solar. The human capital to run a power grid and an industrial sector is in decline, as experienced workers retire and the pool of available younger workers — particularly in a world of affirmative action hiring — is less endowed with people of intelligence and conscientiousness than previous generations.

We are living in a world of massive debt and demographic decline. The industrial infrastructures upon which we rely are threatened with slow motion collapse due to the steady decline of a qualified workforce.

The wave of global dysgenics sweeping over human populations is the slow equivalent of being overrun by zombies or apes. It takes longer to reach the collapse point, but as expertise, aptitude, and conscientiousness are lost, the ability to maintain an advanced technological civilisation is lost as well.

Here at the Al Fin Dangerous Child Institute, we are working out contingency plans for a “black start” of civilisation itself. The gradual nature of the threat makes it easy for most people — no matter how well educated — to lull themselves to sleep with reassurances. This makes it more crucial for the few who remain aware, to make provisions.

You can see from the links above that a “black start” of the power grid is extremely difficult — even under the best of circumstances.

A black start of civilisation is much more difficult yet — since all of the critical infrastructures will be down, not just power. This requires much more broadly-based planning than for a mere power grid re-start. And rest assured that most industrial societies are poorly prepared to re-start their power grids in case of total collapse.

Russian and Chinese government hackers practise bringing down the power grids of Europe and the Anglosphere at least 5 times before breakfast every day. Various plans for plausibly deniable continental-scale EMP attacks are also being discussed and refined on a regular basis.

And underneath it all, the great global dysgenic decline is proceeding, apparently unstoppable.

Hope for the best, prepare for the worst.

This entry was posted in Dysgenics, Electrical Power Grid, Zombies and tagged zombies. Bookmark the permalink.

5 Responses to Black Start after Power Grid Collapse: Not Something for Apes or Zombies