We know that there is a downside to low oil prices. But there is also an upside.

The typical American motorist, who spent $3,000 in 2013 at the pumps, might be $800 a year better off—equivalent to a 2% pay rise. Big importing countries such as the euro area, India, Japan and Turkey are enjoying especially big windfalls. Since this money is likely to be spent rather than stashed in a sovereign-wealth fund, global GDP should rise. __Economist 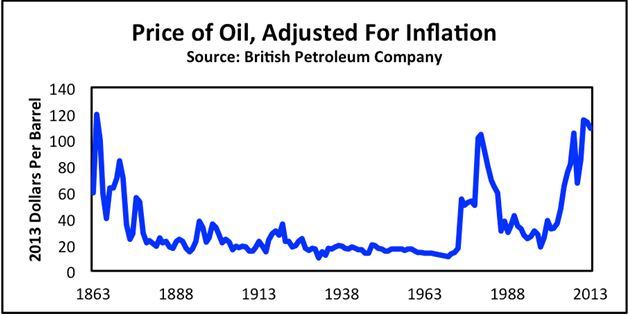 Are oil prices that low?
http://economics21.org/commentary/universal-message-falling-oil-prices-12-01-2014

Seen from a distance, these price swings seem benign enough, but as we can see in oil-producers Russia, Venezuela, and Iran, living through the changes can be traumatic.

Low oil prices provide a brighter picture for ordinary people who live in nations that are primary oil-consumers, such as most nations of Europe, the Anglosphere, and East Asia. More affordable energy makes it easier to commute to work, to travel for pleasure, and to heat their homes in an age of cooling temperatures.

Oil revenues tend to be concentrated in the hands of a wealthy few. Increases in oil revenues don’t cause them to boost consumption by much. By the same token, falls shouldn’t result in major drops in consumption either. On the other hand, oil consumers tend to be relatively less wealthy with relatively higher propensities to spend. So the pass-through of falling oil prices is on balance positive for the global economy–it increases aggregate demand.

What the oil wealthy do, however, is reinvest their surplus into the likes of expensive art, London property and other luxuries. So, ironically, while falling oil prices might represent a boost to global growth, they might not be so favorable to some of the world’s more inflated asset classes. __ WSJ

A number of wealthy investors and large lending institutions will lose money as oil prices swing downward. As long as governments do not intervene to limit financial losses for these elites, damage to underlying economies will be minimal.

Oil prices are affected by a large number of factors, including supply and demand and technological innovation, among others.

… one takeaway lessons from the recent plunge is that the market for oil really does respond to supply and demand; we should remember the present episode the next time people complain about greedy speculators. Furthermore, because the plunge coincides with the wrapping up of QE3, it is reasonable to conclude that the Fed’s loose monetary policies were pushing up crude oil all along. _IER

That is an interesting point: The US Fed’s loose-money policy favoured a weak US dollar — and higher oil prices. A stronger dollar tends to push oil prices lower, in dollar terms.

Among the other lessons we should learn from falling oil prices, is that human ingenuity and innovation make a difference.

Countless writers, going all the back to Thomas Robert Malthus, have warned us that resource scarcity will ultimately place limits on the ability of the world economy to grow. But while these arguments often have a ring of plausibility to them when heard in the abstract, they have been contradicted quite consistently by the facts. If natural resource scarcity really was an obstacle to growth, we would tend to see in the data distinct upward trends in the prices of oil and other commodities. What we see, instead, are the much more powerful effects of technological and scientific innovations, which allow us to earn, produce, and consume more and more, even as we rely on scarce natural resources less and less, and keep prices for those commodities low and stable. Truth be told, there is no end to human ingenuity, nor are there limits to the wealth of nations governed by free, fair, and efficiently functioning markets. __ Human Ingenuity and Oil Prices

More on Endless Innovation for an abundant and expansive future.

Ingenuity and innovation still receive enough investment to create disruptive technologies. Sheer momentum should sustain this process for decades longer. But large changes are certainly in store — good and bad. The Obama years have been bad overall for the US and world economies. Perhaps new political leadership in the US and much of Europe could open the door to more innovation and opportunity.

Judging by internet comments, many people are betting on the forces of despotism — such as China, Russia, Islam, OPEC, etc. — to control the future. The internet is full of trolls, but to some extent comments reflect real opinions. This suggests that either these commenters have succumbed to fatalism, or that they honestly wish the world to be taken over by forces of tyranny.

In a world of dysgenic Idiocracy, dumbed-down education, and universal propaganda, it is no wonder that much of the internet is slowly sinking to lower powers of discrimination and perspicacity. But humans will not be saved en masse. In fact, most of them will not allow themselves to be saved from the Idiocracy, the matrix. They embrace it whole-heartedly.

It is left to those capable of seeing beyond the mass amusement and mass hysteria to devise alternative flows of energy, investment, education, and organisation for critical infrastructures. For that purpose, the price of oil is just one of the parameters to take into account.

Always expect things to change — often in the opposite ways to what you expect. “Everything you think you know, just ain’t so.”

HFTB. PFTW. It is never too late to have a Dangerous Childhood.

On doing more with less: