…in the countries of the former Soviet Union… [they] are experiencing a huge deficit of single, decent, non-drinking, not abusive, marriage minded, family oriented men. There is a large number of Russian women who have absolutely no chance of ever getting married and having a family of their own unless they significantly lower their standards… http://realrussianmatch.com/russian-woman-choosing/

Tens of thousands of young fertile women leave Russia each year, in search of opportunities to work, study, and start families abroad with men in Europe, North America, and Australia / New Zealand. Finding a good man in Russia grows more difficult every year.

It is very hard to find the single man in Russia who possesses the qualities of a good husband and father. Until the situation in our country changes drastically, Russian men will compare poorly with residents of Europe, America and Canada. __ Good Man is Hard to Find in Russia

… good men in Russia are rare – by a good man I mean a man who doesn’t drink, doesn’t sleep around, doesn’t abuse his wife and is able to hold a stable job and provide for the family…

In Russia, men who drink, sleep around, beat up their wives (about 16,000 women in Russia are KILLED every year by their partners or family members) – those men are a norm. __ Very Few Good Men Left in Russia 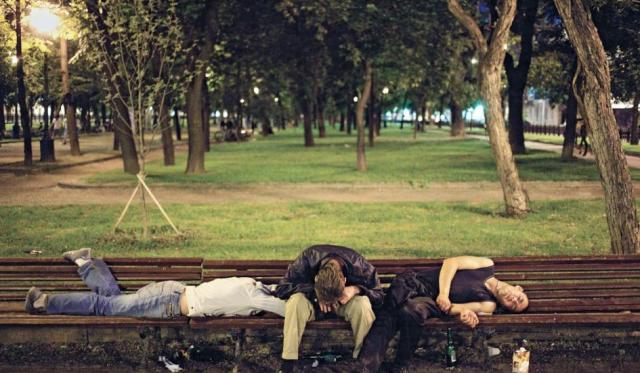 Russian men, in general, are the ultimate frat boy, without even the facade of culture most American frat boys at least try to project. Russian men enjoy themselves, drinking with their friends long into the night, ignoring their women, unless they are hungry or the dishes are dirty. Many cheat and/or beat on their wives, treating them like they should be happy they have a man at all. The strange thing is, the women are happy just to have a man, for men are rare here. __ Russian Men are Rude and Uncultured

Russian men have few good options for fulfilling their manhood under Putin, and so they naturally turn to alcohol, drugs, and the type of brutal behaviours common in a mafia state.

Ambitious and talented Russian men are some of the first on the plane out of the country, seeking better opportunities abroad. This “brain drain” of the best Russian men only worsens the plight of the women left behind.

… well-educated professionals are emigrating from Russia in massive numbers. According to Rosstat, Russia’s federal statistics service, more than 300,000 people left the country from 2012 to 2013, a migration that tellingly coincides with Putin’s stage-managed return for a third presidential term; the rate of departures climbed even higher after the annexation of Crimea last year. By comparison, approximately 70,000 people left from 2010 to 2011. The cream of Russian society is voting with its feet, leaving a stultifying, ever more corrupt environment for greener pastures that allow them to productively apply their talents. __ How the Kremlin props up Putin’s poll numbers

General levels of physical fitness are poor among young men of military age and working age.

The problem of poor fitness among young males is partly due to bad habits, and partly due to the general poor health of children in Russia — from newborns to teens.

Only 30% of Russian children are born healthy — and there are not that many ethnic Russian children being born to begin with. That is better than in 2001 when leading Russian pediatrician Aleksandr Baranov estimated that only five to 10 percent of all Russian children were healthy. Source

But it is clear that the Kremlin’s plans for a “Grand Eurasion Empire” is placing a huge burden on its diminishing population of healthy Russian young people. __ Canada and Australia Each Have Larger Economies than Russia

Smoking, heart disease and accidents all contribute to lowered life expectancy but the underlying issue is always alcohol. Russia’s demographic crisis sets it apart from most of Europe, where numbers have been more or less stable for two decades. Its population reached about 148 million in 1990, but has declined since. While many countries have low fertility rates, here the problem is compounded by a high early death rate. Smoking, heart disease and accidents all contribute. One of the greatest killers, however, is the old Russian demon: vodka .

… Add to this the heroin problem which has caused 30000 deaths per year and rates third in the world for per capita use. Most of these people are addicted to heroin which transits from Afghanistan, through central Asia, and across the long and porous border from Kazakhstan into Russia.

There are 2.5 million known heroin dependent people in Russia which amounts to one addict for every 50 Russians of working age, a level that is up to eight times higher than in EU countries…

… No wonder a casual internet search will find large numbers of Russian women ready and willing to forsake the motherland in a desperate search to find a husband and father who will survive beyond 62 years of age. __ The Awful Lives of Russian Men 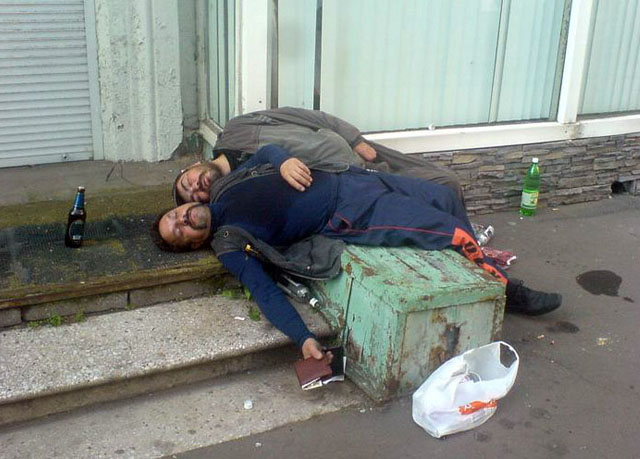 Russia struggles with capital flight, brain drain, womb drain, low birth rates among ethnic Russians, a rapid depopulation of Siberia and other rural parts of Russia, a deteriorating infrastructure beyond what westerners can imagine, infiltration of the country by Muslims who wish to blow the country into rubble, a stealthy takeover of the far East by China, a public health disaster growing by leaps and bounds, a rapid rise in unemployment & inflation, a rouble collapse, economic sanctions that have just begun to cut deeply, and a mafia / KGB government that can seemingly do nothing but destroy Russia and its neighbors.

Under current leadership, no good outcome can be expected for Russia or its neighbors. The best Russian men continue to leave. The same is true for many of the best and most fertile Russian women. The men who are left behind are being reduced to toxic cut-rate moonshine and krokodil. HIV and multi-drug resistant TB are spreading quickly across the population.

Last year, 58 percent of new HIV cases were due to drug users using infected syringes to inject heroin and its codeine-based home-made alternative Krokodil. This figure is on the rise.

The total number of people living with HIV in November 2014 in Russia was 864,394, although under the WHO’s “iceberg principle” that reported cases are a fraction of reality, this figure could be 2.4 million. ___ Russia is Centre Point of HIV in Eastern Europe

As conditions worsen inside Russia, expect the toll from drugs, alcohol, infectious disease, tobacco, suicide, and other symptoms of toxic despair to only become worse. More of Russia’s best will get out while they can. The rest will take whatever escape they can find.

The Russians still in Russia have no concept of charity.

Russians simply don’t care what happens to their fellow citizens, much less their fellow man. If you examine Russian history, you see a consistent and reckless failure of the Russian people to stand up for the rights of their neighbors.

… Take for instance a recent charity concert promulgated by something called the Federation Foundation. Sharon Stone showed up to listen to Russian “prime minister” Vladimir Putin sing “Blueberry Hill” in order to raise piles of cash for sick children. The only problem was that there was no such thing as the Federation Foundation and Russia Beyond the Headlines reports that “a real uproar broke out after the mother of a gravely ill girl” who had been used in the Foundation’s propaganda materials “alleged in an open letter that the hospital where her daughter was being treated hadn’t received a penny from the foundation.” Oops. _LRP __quoted in Al Fin

The most fervent wish of a typical Russian farmer is for his neighbor’s cow to die (traditional Russian saying).

The most cohesive and functional organisation in Russia is the Russian mafia, with the oppressive Russian government being an active affiliate. The Russian mafia has gone worldwide, and is a force to be reckoned with in dozens of countries now.

The only steps likely to help Russia and Russians are those that the aggressive Putin junta are unlikely to institute.

Perhaps if Putin were to pull out of the territories he recently invaded and is trying to annex, things might get better in Russia?

Russian officials have continuously denied that there are thousands of Russian soldiers fighting along with the separatists. But recent statements by Igor Girkin give the lie to Moscow’s credibility.

Girkin, a retired officer of the FSB, Russia’s secret police, led Russian military units in Crimea and later served as minister of defense in the self-proclaimed People’s Republic of Donetsk until August.

Girkin told NeuroMirTV that claims that the overwhelming majority in Crimea wanted to unite with Russia were not true. “I was there since Feb. 20. … We had absolutely no support from the people,” he said. “The only thing that made what we have accomplished in Crimea possible was the presence of the Russian army.” Eastern Ukrainians want Russian Fighters Out of Eastern Ukraine

More on this story from CNN

It wasn’t a good idea for Putin to put his rustiquated military in a position where its bad qualities might show through:

With conscripts now in for only a year now, rather than two, the military is forced to take a lot of marginal (sickly, overweight, bad attitudes, drug users) recruits in order to keep the military and Ministry of Interior units up to strength. But this means that even elite airborne and commando units are using a lot of conscripts. Most of these young guys take a year to master the skills needed to be useful and then they are discharged. Few choose to remain in uniform and become career soldiers. That’s primarily because the Russian military is seen as a crippled institution and one not likely to get better any time soon. __ Fading Away