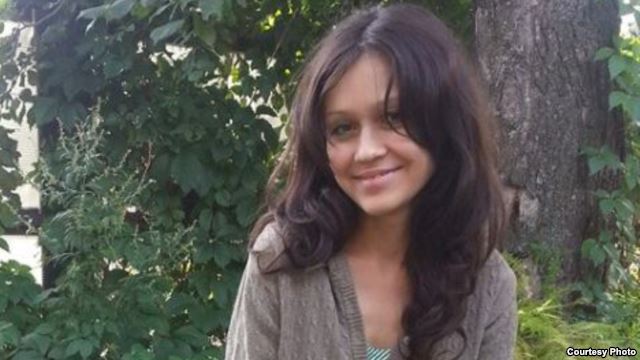 Lyudimila Was Sacked for Blowing the Whistle on Paid Internet Trolls
http://www.rferl.org/content/russia-whistle-blowing-troll-gets-her-day-in-court/27047858.html

But worse was still to come. On May 26, one of the country’s biggest scientific benefactors, 82-year-old Dmitry Zimin, canceled millions of dollars in funding after the Russian government branded his Dynasty Foundation a “foreign agent,” a label commonly used to target organizations seen as unfriendly to the government.

… Zimin’s supporters and beneficiaries say the attack on Dynasty is nothing less than an attack on the life of the mind. Publisher Gornostayeva, who credits Zimin with single-handedly rejuvenating the culture of reading nonfiction, says the departure of Russian science’s most enthusiastic backer would sap the field of not only money, but “life.” __ Russian Science Losing Ground

The crumbling of Russian academics, science, and technology is a more ominous sign for Russia — in many ways — than its crumbling economy, industrial infrastructures, public health infrastructure, and demographics.

Medvedev admitted that the military operations in Ukraine had cost Russia over $100 billion so far and would probably cost more before it is all over. He also mentioned that the sanctions made it impossible to borrow abroad. Russians also know that over $150 billion in cash held by Russian businesses has left the country because the owners felt this money would be safer abroad. Medvedev told Russians to expect the current economic depression caused by all these Ukraine related losses will probably continue into 2016. __ Confessions

Clearly this small confession by Medvedev exposes only the tip of the iceberg of Russia’s mounting losses.

Putin’s decree on criminalizing any disclosure of [Russian] casualties [inside Ukraine] fits into the larger picture of banning debate on any themes deemed corrosive to “national unity”—as measured by President Putin’s dubiously high approval ratings (Gazeta.ru, May 28). The sharp increase in mortality in Russia in the first quarter of 2015 is explained away as a fluke in demographic statistics, and no discussion of this data in the context of the deteriorating health care system is allowed (Grani.ru, May 29). Moreover, reasons behind the rise in suicides among Russians are made into a taboo topic, and the dynamics of the country’s HIV epidemic is ignored (Meduza.io, May 15). Instead of prosecuting the spreading networks of narco-traffickers, the boss of the Federal Drug Control Service advances mind-boggling theories about special kinds of drugs manufactured in the United States, whose aim is to manipulate “color revolutions” (Forbes.ru, April 21). __ In Russia Today, Everything is a State Secret

So when a Russian mother reveals that her son in the Russian army was killed while fighting inside Ukraine, she is committing a crime against the state.

Savchuk says she was fired after an interview she gave earlier this year in which she described work for Internet Research, which is based on St. Petersburg’s Savushkin Street, as part of Russia’s “troll factory.

… Fake accounts on Twitter, Facebook, LiveJournal, and VKontakte have appeared in the past year that focus on the conflict in eastern Ukraine, where Kyiv and Western governments have accused Russia of intervening militarily.

Many of the bogus social-media accounts have been linked to the Internet Research Agency. __ Lyudmila’s Tale

We are not claiming that all Russophilic anolinguist blogs and websites are productions of the Kremlin’s “Internet Research Agency” . Most, perhaps, but who can say?

By using its proxies in Russophone regions to stir up trouble and infiltrate public institutions, Russia was able to create the impression that Ukraine was divided and dysfunctional — and prevent Kyiv from making any decisive moves toward integrating with the West.

The Kremlin lost a measure of this capacity last year when it annexed Crimea, by far Ukraine’s most pro-Moscow region. It would lose still more if it annexes the separatist-held regions of the Donbas — or even freezes the conflict there. And had Moscow’s ill-fated Novorossia pipe dream ever gotten off the ground, it would have lost all of it.

Every bit of territory Vladimir Putin takes away from Ukraine costs Moscow more and more of the fifth column it has spent decades developing inside the country. __ Putin Losing Political Traction Inside Ukraine?

There are many such subtle reversals being suffered by Russia as a result of the lack of sober planning prior to Putin’s jumping of the shark last year.

The Russian population has declined three percent since 1989, from 147 to 142.9 million. The proportion of the population that is ethnic Russian (Slav) has declined from 81.5 percent to 77 percent in that same period. The Russian slide could have been worse had it not been for the fact that millions of ethnic Russians in the 14 new states felt unwelcome with government controlled by the locals, not Russians in far off Moscow. Often the locals wanted the ethnic locals in their midst gone and Russia made it easy for ethnic Russians to return to the motherland. This prevented the Russian population decline from being closer to ten percent. Until the recent invasion of Ukraine, sanctions and lower oil prices, the Russian birth rate was growing. That has stopped and more Russians are seeking to emigrate. __ Shrinking Populations

Poles preparing to fight against aggressor to the East

“At present, the Russian Army only has a few hundred individual imagers and no sighting systems and machine vision systems with advanced performance,” Rogozin wrote to the chairman of the Russian Bank for Development and Foreign Affairs in a communication obtained through Beseda’s email account. “On the other hand, our potential enemy troops — NATO, are equipped with hundreds of thousands of thermal imaging sights, sighting and vision systems.”

The reason for the shortfall was Russia’s inability to produce a critical component — microbolometer arrays — which can capture images without requiring cooling, reducing the size and complexity of thermal imaging systems. __ Russian Technology Fails to Keep Pace with Decades-old Western Technology

As the Russian budget is squeezed ever more tightly, the technology gap will only grow wider. No doubt part of the Russia – China alliance involves sharing stolen technology obtained from western sources.

Russia’s military is hurting from rampant corruption, incompetence, and a tightened budget. So is Russia’s space program. Ditto for Russia’s industrial, academic, public health, public works, and almost every other financial sector in Russia.

The health service here is crumbling, and so are schools. Sanctions have started to bite, but it’s not that – it’s the political atmosphere. It’s stifling and it’s getting worse. Nobody knows what will happen next, __ Russians Looking to Get Out

Russian soldiers are quitting over the Ukraine mission. Some are leaving Russia. Some are defecting to Ukraine.

In Russia, all men aged between 18 and 27 have to serve 12 months in the military. By law, these conscripts cannot be sent abroad. But according to human rights activists, military officials have been promising conscripts financial incentives to sign contracts that make them professional soldiers. The officials then push the soldiers into going to Ukraine. __ Newsweek

Algeria refused delivery of Mig 29 Russian fighter jets due to the low quality of the aircraft… __ http://www.realclearworld.com/blog/2015/04/is_russia_losing_competitiveness_on_arms_markets_111092.html

“They have been relying on Western sub-systems, electro-optical systems is a good example, but also computer chips and things like that, which Russia doesn’t make,” he said. “How Russia goes about trying to replace these systems is going to be a really big challenge.”

The rupture of military ties with Ukraine dealt another heavy blow to Putin’s re-armament effort. Ukrainian factories had exported a wide array of weapons and sub-systems to Russia, and officials acknowledged that it would take years and massive resources to launch production of their equivalent at home. Since Soviet times, Ukraine specialized in building helicopter engines, and Putin said that Russia was setting up a capacity to produce them at home.

It could be even more challenging to substitute another Ukrainian product, ship turbines. Its refusal to deliver them has derailed the commissioning of new Russian navy ships. __ http://news.nationalpost.com/news/world/russia-futuristic-armata-tanks-can-turn-into-fully-robotic-combat-vehicles

Russians can make prototypes. But getting advanced tech weaponry into production, with world-class quality control, is virtually impossible. Without the Ukrainians to run military production, Russia will have to turn to China. And that is a very risky thing to do. China itself is walking a tightrope over an abyss.

Russians are suffering under Putin

One way or another, Eastern Europe will find a way to arm itself against Putin’s bloody aggression.

Back in the USSR? No, worse.

Russia may never be able to recover from Putin

Russia is a land of internet trolls and hackers. It is a country where maintenance and invention take a back seat to bluster, vodka, and a mule-like stubbornness. It suffers from a steady loss of its best minds, its most fertile women, its irreplaceable capital, its Siberian population, and its ethnic Russian population in general.

China is standing by, waiting for Putin’s Russia to self-destruct. When China moves on Russia, it wants a lot more than the rest of Manchuria.

This entry was posted in Putin, Russia and tagged Russian Decline. Bookmark the permalink.