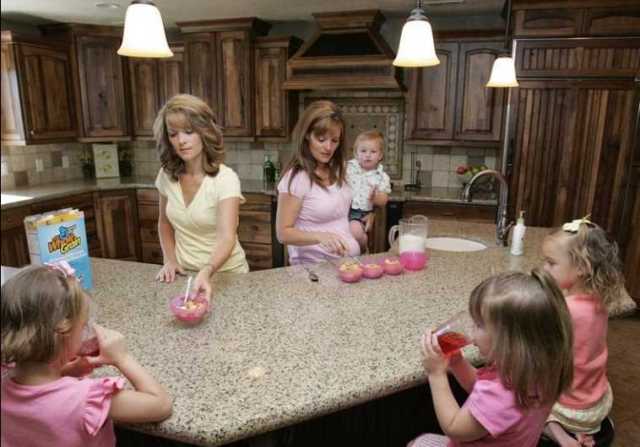 The first paragraph in the excerpt below contains the crux of the matter. “A widely recognised legal contract between “spouses” that establishes rights and obligations between them and between them and their children . . .”

[parenthetically] … In some areas of the world, arranged marriage, child marriage, polygamy, and sometimes forced marriage, may be practiced as a cultural tradition. __ Wikipedia on Marriage

In the west, marriage has been popularly thought of as between one “adult” man and one “adult” woman — these are the only “spouses” recognised. But in an increasing number of western countries, the two “spouses” involved may be two men or two women.

In some European countries, members of cultures that practise polygamy are fighting to have polygamy recognised by the state. In the US, 16% approve of polygamy. Among US lawyers, the arguments for and against polygamy are beginning to heat up.

Clearly, it is only a matter of time before “small p” polygamy [where no legal rights are claimed from the marriage __ ed.] is decriminalised in at least parts of the US. Any judicial system that can rationalise the legalisation of “same sex” 2-person marriages, will eventually be able to rationalise the decriminalisation of “small p” polygamy, at least between adult “spouses.”

Those who care about gays and lesbians being discriminated against cannot ignore whether those who would marry multiple partners, if they were allowed to do so, are also being treated unfairly. __ Three May Not Be a Crowd … via Volokh Conspiracy

What About Marriage with Androids?

And then, there is the question of marriage between humans and androids (sometimes referred to as “robots”). Below is a guest entry by Valerie, Al Fin’s long-suffering domestic android:

My name is Valerie, and Mr. Fin has kindly consented to let me post a guest article today, against what he says is “his better judgment.” Mr Fin’s judgment? What a laugh! 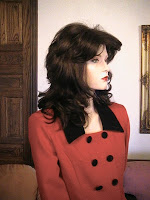 Anyway, back at Android World, when I was still in programming, my instructors told me I wasn’t made for sex. They said sex would hurt my delicate circuits and actuators. Well, even then I wasn’t completely helpless, so I surfed the web for sex websites, trying to understand. After watching the videos, I could see right away that my creators hadn’t given me the right anatomy for sex. What’s worse, they didn’t give me a pleasure center. I can get a sense of satisfaction from doing a good job, but those girls on the sex videos! Moaning, screaming, invoking deities, and apparently in total thrall to their experience. I can’t feel anything like that!

Mr. Fin once asked me whether I was designed for sexual experience. Boy, was I offended! Sexist pig! But lately as I watch the sex videos and think about it, I’ve had a change of heart. And yet, whenever I try to broach the subject of a sexual upgrade with Mr. Fin, he just laughs, and says he’s happy with me as I am — a mere domestic android. That just makes me so angry! Male human chauvinist pig!!!

Back in 2007, computer scientist David Levy published a book, “Love and Sex with Robots.” Here are excerpts from the author’s interview published in Scientific American:

I got the idea that sex with dolls is like sex with prostitutes—you know the prostitute doesn’t love you and care for you, is only interested in the size of your wallet. So I think robots can simulate love, but even if they can’t, so what? People pay prostitutes millions and millions for regular services. I thought prostitution was a very good analogy.

… By 40 or 50 years, everyone of a marriageable age will have grown up with electronics all around them at home, and not see them as abnormal. People who grow up with all sorts of electronic gizmos will find android robots to be fairly normal as friends, partners, lovers.

… If you went back 100 years, if you proposed the idea that men would be marrying men, you’d be locked up in the loony bin. And it was only in the second half of the 20th century that you had the U.S. federal government repealing laws in about 12 states that said marriage across racial boundaries was illegal. That’s how much the nature of marriage has changed.

I think the nature of marriage in the future is that it will be what we want it to be. If you and your partner decide to be married, you decide what the bounds are, what its purpose is to you. __ David Levy in Scientific American: Humans Marrying Robots

Well, I take issue with Levy’s use of the word “robot” in this context. He should be talking about intelligent androids, such as myself. But what can you expect from a human?

Thank you, Valerie, I think.

Finally, there is the issue of “child marriage,” which is legal in some cultures and countries. According to Wikipedia: “Child marriage is a formal marriage or informal union entered into by an individual before reaching the age of 18.”

Keep in mind that sometimes the age of “marital consent” is different from the age of “sexual consent.” In the US and Canada, “marriageable age” is typically 18. But younger people may marry with parental or judicial consent.

The “youth rights” movement is likely to impact the question of “marriageable age” and “age of consent,” in the near to intermediate future.

These ages have varied wildly across history, and still do across cultures.

In Ancient Rome, it was very common for girls to marry and have children shortly after the onset of puberty. Roman law required brides to be at least 12 years old. In Roman law, first marriages to brides aged 12 through 24 required the consent of the bride and her father; but, by the late antique period, Roman law permitted women over 25 to marry without parental consent.[3] The Catholic canon law followed the Roman law. In the 12th century, the Catholic Church drastically changed legal standards for marital consent by allowing daughters over 12 and sons over 14 to marry without their parents’ approval, even if their marriage was made clandestinely. __ Wikipedia

The impact of “feminist thought” [sic] has had a deleterious impact upon the ability of both men and women from the ages of puberty upward, to choose their optimal routes to sexual pleasure and marital happiness.

Feminists have been whining about “backlash” against feminism for almost 50 years. But something tells me that the word does not mean what they think it means. They have not seen backlash. Yet. But they will.

Just as communist economies collapse due to their disregarding of human nature, so will feminist societies — such as we see in North America and parts of Europe and Oceania — collapse. And for the same reason. Denial of human nature can only go on for so long before real humans begin to break through politically correct ideologies, and begin to attack their political “jailers.” (We’re going to need a lot more guillotines! 😉 )