In Africa, Birth Control is Slow to Catch On

In every African country, women are averaging fewer children now than their mothers had in 1990. But not by much: In Nigeria, it has taken 25 years for the birthrate to fall from 6.8 children per woman to six. Meanwhile, millions of mothers are giving birth in a delivery room for the first time in their family’s history. So their children are surviving more often, and growing up to have more children.

Billions of them will be living in cities that are today small towns. The land of open spaces that was Africa will have blended into one big megalopolitan web. __ WSJ 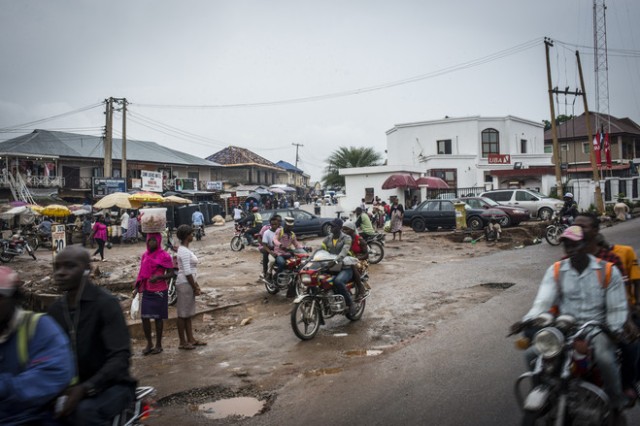 A rapid rise in the number of child brides in Africa will only add to the ongoing population explosion there.

Africa will overtake South Asia as the region with the largest number of child brides, their number soaring to 310 million, more than 40 per cent of the global total, in 2050, from 125 million, 25 per cent of the total, today. __ http://gulfnews.com/news/africa/kenya/number-of-african-child-brides-to-soar-to-310-million-by-2050-un-says-1.1626845

The UN projects a rapid rise in the proportion of black Africans over the next 50 to 80 years.

They are basing their predictions upon these trends:

• Lots of high fertility countries. The world has 21 countries that are “high fertility,” meaning than the average woman has five or more children over her lifetime. Of those, 19 are in Africa (and the other two are in Asia). The largest is Nigeria, which according to another report will have 10% of the world’s births by 2050.

• Major gains in life span. Life expectancy in Africa rose by six years in the 2000s, double the global average. Africa’s average life expectancy is expected to gain about 19 years by 2100,rising to age 78.

When it comes to nations and worlds, demography is destiny. The combination of a rapid proliferation of low-IQ people who are more prone to violence, with violent ideologies such as Islamism, along with more rapid immigration to more advanced areas of the world such as Europe — spell a coming anarchy and extended time of troubles for the human planet.

East Asia, Europe, and the Anglosphere are beginning to experience the slowdown in economic growth that comes from rapidly ageing populations. As large numbers of people retire, far fewer numbers of young people remain to provide a skilled workforce and demand for financial products such as home loans, car loans, education, etc. Less capital and savings are being fed into economic systems from the shrinking numbers of skilled workers in their 30s, 40s, and 50s.

When U.S. population growth slowed in the 1930s, Alvin Hansen, a Harvard University economist and an influential disciple of John Maynard Keynes, said this caused businesses to invest less because they had fewer workers to equip and because elderly consumption patterns favored personal services over capital-intensive homes and durable goods. __ http://www.wsj.com/articles/how-demographics-rule-the-global-economy-1448203724

The same process is now repeating itself in earnest in the 21st century, and is more likely to persist.

But in Africa and other low-IQ, low aptitude and achievement areas, the cycle of growth seen in Europe, East Asia, and the Anglosphere, never had a chance to get started, because the populations are too unintelligent and corrupt to build and maintain the technological and financial infrastructures for themselves, which are necessary.

Among advanced countries, the working-age population will shrink 26% in South Korea, 28% in Japan, and 23% in both Germany and Italy, according to the U.N. For middle-income countries it will rise 23%, led by India at 33%. But Brazil’s will edge up just 3% while Russia’s and China’s will contract 21%.
___ http://www.wsj.com/articles/how-demographics-rule-the-global-economy-1448203724

And so, with the rise in low-IQ populations, and the fall in high-IQ populations, global average IQ is slated to decline progressively in catastrophic, multicultural fashion.

In the face of the coming demographic conflagration, how will humans ever create an abundant and expansive future? They will have to create “islands of resilient and competent creativity” in the midst of a global flood of dysgenic decline.

This would be a good time to start making provisions for what is coming.

More on Demographic Destiny from WSJ: 2050

The WSJ series linked above is well done. But it leaves out black swan phenomena such as the recent accelerated demographic invasion of Europe by young militant muslims.

As long as Vlad keeps bombing civilians in Syria and Angela continues to invite angry young Muslims into Germany to rape its children, the problem will only get worse.

Just in the state of Baden-Württemberg, asylum seekers have been responsbile for 6,451 incidences of shoplifting, 4,385 of fare dodging, 663 burglaries, 1,565 drug offences, 202 reported rapes, and 873 “dangerous or fatal injuries”. __ http://www.breitbart.com/london/2015/11/26/police-boss-criminals-entering-europe-steal-traffic-drugs-courts-wont-punish/

Hope for the best. Prepare for the worst. It is never too early or late to have a Dangerous Childhood.

5 Responses to In Africa, Birth Control is Slow to Catch On