According to the KISS study, the cost for a future mission to identify and return a 500 ton asteroid to low earth orbit is ~$2.6 billion USD, ignoring the costs to develop the infrastructure necessary to process the materials in the asteroid (“Asteroid usage”, 2012). However, Planetary Resources estimates that a single 30 meter long platinum-rich asteroid could contain $25 to $50 billion USD worth of platinum at today’s prices (Klotz, 2012). Clearly, once the proper infrastructure is in place, there is potential for significant profit. Currently, research into the feasibility of human and robotic missions to asteroids is being conducted by both governmental organizations (JAXA, NASA) and private companies (Planetary Resources). __ MIT on Asteroids

It Takes a Billionaire’s Bankroll

Building, launching, and maintaining systems for outer space is not cheap. But the prospects for multiplying one’s investment beyond stratospheric levels is a temptation for those who can afford the gamble:

Blue Origin is developing reusable rockets and spacecraft to launch astronauts to both suborbital and orbital space. Reusability could spur the next big leap in crewed space exploration by dramatically cutting the cost of flight, advocates of the technology say.

Blue Origin launched a successful test flight of its New Shepard suborbital vehicle this past April from a facility in West Texas, which will also host future launches of the craft. The company’s biconic orbital vehicle, by contrast, will lift off from Cape Canaveral, atop a new rocket that Jeff Bezos (who is worth $34.8 billion, according to a recent estimate by Forbes magazine) and his colleagues are calling “Very Big Brother.”

Very Big Brother will launch and land vertically and reuse its first stage. The rocket will be powered by the new BE-4 engine, which Blue Origin is developing with launch provider United Launch Alliance (ULA). The BE-4 will also be incorporated into ULA’s reusable Vulcan rocket.

PayPal co-founder Elon Musk (who has a net worth of $12 billion) set up SpaceX in 2002, with the explicit aim of helping humanity colonize Mars. Like Bezos, Musk is a big proponent of reusable rockets, saying a fully and rapidly reusable launch system could make a Red Planet settlement economically feasible.

So SpaceX is working hard to develop reusable rockets; the company has made two attempts to land the first stage of its Falcon 9 rocket on a drone ship in the Atlantic Ocean following cargo launches to the International Space Station. (SpaceX holds a $1.6 billion deal to fly at least 12 robotic resupply missions to the orbiting lab for NASA using the Falcon 9 and the company’s Dragon capsule.)

Both of these landing attempts, which occurred in January 2015 and April 2015, nearly succeeded; the Falcon 9’s first stage hit the ship on both occasions but toppled over and exploded. A June launch of a Falcon 9 rocket also exploded just after liftoff, with SpaceX has traced the failure to a faulty strut. The company plans to return to flight in the fall. [Watch SpaceX’s near-miss April 2015 rocket-landing attempt]

SpaceX also won a $2.6 billion NASA contract to fly astronauts to and from the space station using a crewed version of Dragon. The agency awarded Boeing $4.2 billion as well to finish developing its CST-100  capsule, which is now known as Starliner; NASA hopes that one or both private space taxis will be up and running by 2017.

SpaceX is also working on a powerful rocket called the Falcon Heavy, which will handle weighty payloads destined for Earth orbit and also send spacecraft toward Mars and other distant destinations. The Falcon Heavy’s maiden flight should take place in 2016, company representatives have said.

The company is developing a six-passenger vehicle called SpaceShipTwo, which will be lofted to an altitude of about 50,000 feet (15,000 meters) by a carrier aircraft known as WhiteKnightTwo. At that point, SpaceShipTwo will be dropped and turn on its rocket engine, blasting itself upward to suborbital space.

Customers will experience a few minutes of weightlessness and see Earth against the blackness of space before coming back down for a runway landing, Virgin Galactic representatives have said. A ticket to ride the space plane currently sells for $250,000.

SpaceShipTwo is in the test phase and experienced a tragic setback last year during the vehicle’s fourth rocket-powered flight. SpaceShipTwo broke apart in mid-air on Oct. 31, killing co-pilot Michael Alsbury and injuring pilot Peter Siebold. The accident occurred because Alsbury unlocked the space plane’s “feathering” re-entry system too soon, investigators with the National Transportation Safety Board have determined.

Paul Allen ($17.5 billion), who co-founded Microsoft with Bill Gates, is another billionaire with a longstanding interest in space. Allen helped bankroll SpaceShipOne, an experimental vehicle that won the $10 million Ansari X Prize in 2004 after getting to space and back twice within the span of five days.

SpaceShipOne, which became the basis for Virgin Galactic’s SpaceShipTwo, was designed by Scaled Composites, a California-based company led by famed aerospace engineer Burt Rutan. Allen and Rutan teamed up again in 2011 to form Stratolaunch Systems, which aims to launch satellites (and, eventually, crewed vehicles) beneath an enormous airplane — a setup designed to make spaceflight cheaper and more efficient.

That plane, in fact, will be the largest aircraft ever built, with a wingspan of 385 feet (117 meters), Stratolaunch representatives have said. The company aims to fly the huge plane for the first time in 2016.

Stratolaunch Systems is a subsidiary of Vulcan Aerospace, a company Allen unveiled in 2015. Vulcan Aerospace oversees the space projects of Vulcan, Inc., which Paul Allen founded with his sister Jody in 1986.

Billionaires are also making a splash by investing in, rather than creating, space companies.

Another Planetary Resources investor, filmmaker James Cameron, is worth about $700 million.

For the third year in a row, private space companies raised over $300 million from private investors (excluding acquisitions and public offerings). The key market verticals that attracted the most funding were Launch Providers, Satellites, Space Resources, and Human Spaceflight, with angel/individual investors contributing slightly more than half of the total, and private equity/venture capital making up another 30%. __ http://spaceangelsnetwork.com/2015/06/01/2014-year-in-review-commercial-space-investing-hits-its-stride/

Billionaires themselves contribute additional $millions to their own companies, of course. The entire global space economy reached roughly $330 billion in 2014.

More trends in the space economy in US and Europe 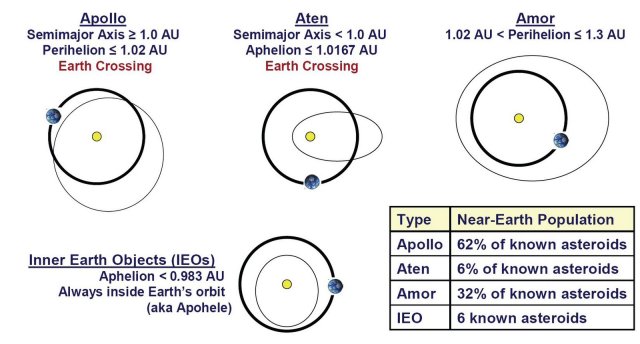 Asteroids making the closest approaches to Earth may be the easiest space rocks to explore and exploit. Swarms of exploration robots are being built and primed to watch for the most promising specimens.

If not for the BM Gates Foundation, Bill Gates might also qualify — given his investment in and backing for advanced nuclear technologies. Philanthropy is a pathetic substitute for disruptive technologies, when it comes to benefiting the people of the future. There is a reason why it is often said that “the road to hell is paved with good intentions.”

Why are these billionaires who are financing disruptive future technologies to build a more abundant and expansive future, primarily Americans? The US has always tended to attract people who think along the lines of a more expansive future.

In the US and the Anglosphere in general, it is generally easier to generate surplus capital without having to pay huge bribes to government functionaries, resorting to maintaining a private army of thugs to control the government, or having to occupy the high seats of government power yourself — in which cases you are more likely to be a looter than a creator.

The Anglosphere has long been a centre of innovation in government, philosophy, science, exploration, and industry. It is only right that the nations of the Anglosphere: Australia, Canada, New Zealand, the UK, the US, and honorary members India and Israel (often thought of as the 51st US state) — and their space-residing offspring — should carry on that tradition into orbit and beyond.

Combining space migration, life extension, and cognitive expansion, has long been a goal of multiple futurists (eg SMI2LE). We are finally seeing the rapid development of several underlying technologies which would make such disruptive achievements routine.

It should be obvious why it is important that the Anglosphere survives long enough to innovate these and other achievements — particularly when one looks at the lazy alternative of allowing the barbaric alternative of dysgenic idiocracy triumph.

Ultimately, newer and technologically supported evolutions in Individualist Anarchism may make it possible for disruptive human technologies to expand across galaxies and beyond — at least if the individualist anarchists are also Dangerous Children.

For now it will be the more opportunity-oriented nations and their more visionary billionaires who will have to lead the way.

Heaven is a Long Shot Gamble Part I

The Reinvigoration of the West Through Outer Space Development

37 pp PDF Primer on The Anglosphere

5 Responses to Heaven Is A Long-Shot Gamble Part II