The State of Muscovy

Muscovy 1500 (Circled in red) Prior to Imperial/Colonial Expansion

There is no “Russia,” Only Muscovy

Muscovy has come a long way from its early days as vassal to the barbarian Mongol/Tatar horde. The small primitive state was able to expand its control over vast reaches of territory — some claimed, much unclaimed. But no matter what the imperial entity is called — the Russian Empire, the USSR, the Russian Federation — it is still Muscovy, trying to hold its vast lands of vassal states together. 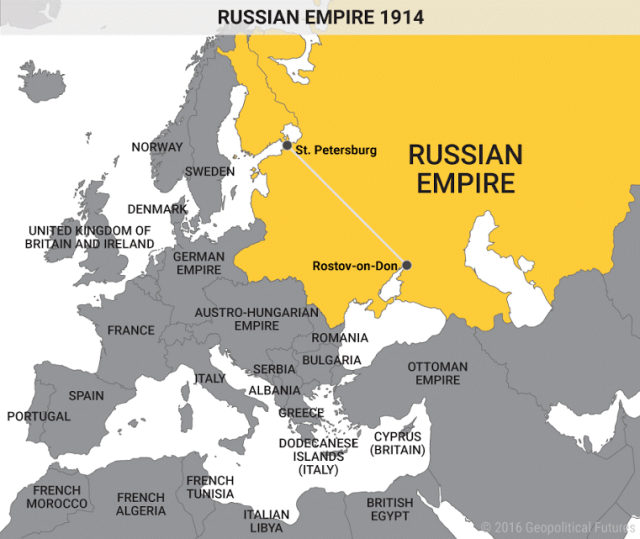 Prior to World War I, Russia was considered a juggernaut of power and influence. Tsar Nicholas II took Russia’s press releases seriously, and decided to go head to head against the German and Austria-Hungarian empires. That was the beginning of Russia’s first 20th century collapse — but not the last.

After a couple of government collapses, Russia was plunged into a vast civil war, extending as far as Warsaw to the west. But as had happened before, the Poles turned the barbarian invaders back to the east, saving Europe from great pain and devastation — after having already been devastated by World War I.

After considerable turmoil throughout the 20th century, Muscovy is once again facing the true nature of its unstable, cobbled-together empire. As long as Moscow was able to control vast incomes from the massive resources of Siberia, Muscovy could lord it over the vassal/colonial fiefdoms to the east. But Moscow’s leaders never bothered to reform the empire’s economy into something more sustainable or resilient against the raging economic storms that can hit a global marketplace.

Russia, however, for all its bluster, may prove less fortunate. Its political robustness is not matched by financial and economic resilience. Putin will try to mask the pain, but at some point it is likely to become debilitating. __ When Dominoes Fall

Muscovy is losing its grip on the empire, and it has no friends — only frenemies that would happily stab the barbarian satrapy in the back for territory, resources, and influence. Consider how blithely and easily Putin made an enemy of Turkey by ignoring Turkey’s territorial concerns. No one trusts or is loyal to Muscovy now.

Worst of all, despite the grand bluster of triumphalism over the devastation Putin has wrought in Syria, the underlying reality is much more grim for Muscovy.

Syria is ultimately peripheral to Russian interests. Russia became involved with Syria because it wanted to develop leverage in its dealings with the West, particularly with the United States. The primary issues for Russia don’t hang on Assad’s success. They hang on Russia’s precarious domestic situation and on its western frontier.

When most westerners think of Russia, they first think of Moscow. Then they think of the vast lands of the empire, imagining them to be one united bloc of power standing behind Moscow at every turn. But that is a delusion that should be ejected by thinking persons. Moscow is a leech that has been bleeding the Siberian colonies dry for centuries — just as Moscow bled the Warsaw Pact nations during the brief triumph of Muscovy over Eastern and Central Europe.

Russophiles and Russian patriots are labouring under a false paradigm of a powerful united empire, capable of enforcing its will around the world. But in the end, it is just Muscovy, its vassals, and its farflung armies of useful idiots abroad who help sustain the delusion.

Under Obama, the world has fallen several levels toward both “the coming anarchy,” and the “dysgenic Idiocracy.” Despite many opportunities for redemption, Obama has chosen the downward path almost every time. If the 2016 US elections are allowed to take place in a fair, open, and legal manner, the world is likely to see a dramatically different US than it has seen under Bush, Obama, or Clinton. The jokers, clowns, and lightweights of the past 24 years were not up to the demands that the present and future placed upon them.

Of course, these US presidents were no better and no worse than the average leaders around the world during that same time period. Europe has chosen multiple paths toward suicide. The Anglosphere has alternated frivolous governments with others that could not make the hard choices necessary. But most of the idiocy of Europe and the Anglosphere must be placed at the feet of a US government that has rejected its own constitution and its original intent in favour of never-ending expansion of powers — leading to inevitable abuses at home and abroad.

The pathetic wallowing of Muscovy is just a small piece of the dynamic puzzle. But if an observer cannot even see beneath the propaganda facade of that little piece, what chance does he have of seeing anything in the world at all clearly?

This entry was posted in Russian Decline and tagged Russian Collapse. Bookmark the permalink.

9 Responses to The State of Muscovy