How to Enlarge Your Penis Size (for Women)

Warning: This blog posting is total satire, with no redeeming social content.

Discovery of the Female Phantom Penis Elevates War of the Sexes

Enlarging the Female Penis
Freud Hinted it Would Be Like This

No matter what she may look like on the outside, all women possess a penis — a phantom penis. And she wants to make it bigger, despite what she may tell herself. The female phallic ghost phenomenon may explain much of history and current events that were previously a mystery.

Freud discovered what he thought was “penis envy” in the developing girl’s psyche. But Freud was born at least a century too soon. Now we understand that what Freud was seeing was the female phantom penis, the psychic and subconscious manifestation of a woman’s inner sexual aggression.

How is a Woman to Go About Enlarging Her Phantom Penis?

Now that the phantom female penis has come out of the closet, it is important that society make sure that everything is done to help a woman to fulfill her inner ghost phallis.

Popular media is full of how-to articles and advertisements for special procedures and products for penis enlargement: But those are almost entirely written for men! Without legitimate information tailored to females, troubled women and pubescent girls are forced to go to extremes to express their inner penis: 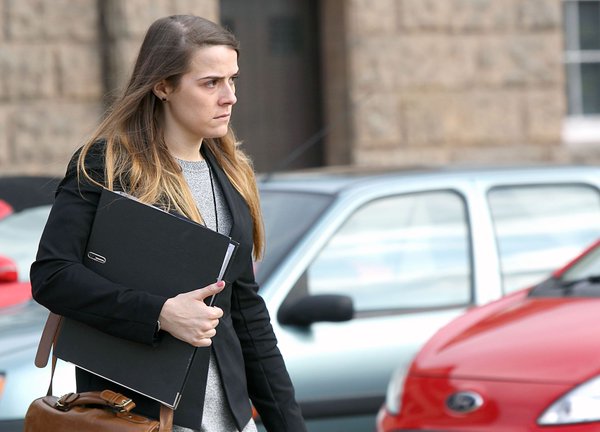 Back in 2011, Newland, posing as “Kye Fortune,” sent a Facebook request to an unnamed female friend. They became involved and eventually spoke on the phone (Newland used a “high-pitched” voice). It took them awhile to meet, though, because “Kye” said he had been involved in a car accident and doctors found a brain tumor. Eventually, they set up a date at a hotel, where “Kye” told his lady friend to wear a blindfold. __ http://uproxx.com/webculture/fake-penis-trial-gayle-newland/

It seems that the young woman Gayle Newland was so desperate to express and enlarge her phantom penis, that she actually pretended to be a man, having sex with a friend using an artificial penis. Having pretended to be a man, she must now pay the manly price of “date rape” and go to prison. If only she had confessed her desperate phantom penis compulsion from the start! She would not have faced the legal justice system, and if she had, she would have faced it as a woman — with a pat on the wrist from a sympathetic judge.

The Newland Case is Not as Rare as You Might Suppose

Now that we know about phantom penis and understand it better, we can look back through history at extraordinary female achievers and apply their experiences to what we have learned about this psychic phallic ghost. The child development psychologist, in particular, needs to take note of this leading edge knowledge and to apply it to her research and clinical counseling.

Russian Girls and Women in Particular Could Use More Help

Psychological science in Russia is at least a century behind that of the western world — except of course in the realms of propaganda and brain-washing. As a result, Russian females are forced to suffer in silence in the brutal world of vodka-sodden perpetually selfish and immature Russian brutes who beat them, rape them, then toss them aside as detritus.

Now that the field of psychology is overwhelmingly dominated by women in the west, the banner of the female phantom penis has been taken up as a virtual crusade. But within the maelstrom of female-dominated psychology is a dawning awareness that if the paradoxical ghost phallus is proving so common in women, it is likely that a mirror image paradoxical phenomenon in men will be found before long.

Which leads us to the inevitable future discovery of the phantom hermaphrodite, and what it may portend for an already ongoing demographic collapse among western peoples and ethnicities. Concerned intellectuals moan about the coming of sex “robots” and videos are actually made to discourage young people from dating robots!

But now we see that the true danger to the continuing existence of the human race is not from androids or robots, but from deep within the human psyche itself. Freud hinted that it would be like this.

Well, I think I’ve given you all enough to think about for now. When you’re ready, come back for more. I’ve got plenty that you need to know, but you just don’t know it yet.

This entry was posted in satire, Sex and tagged satire, sex. Bookmark the permalink.
%d bloggers like this: