How Large a Population Is Required to Build an Advanced Civilisation?

Fertility is high in the impoverished, low-IQ world. Fertility is low in the more prosperous, higher-IQ world. Maintaining a high tech infrastructure — much less creating and building upon new disruptive innovations — is growing beyond the reach of more and more nations of the world.

The average IQ of humans on Earth is in decline. For most humans, the future holds a coming anarchy and dysgenic Idiocracy. Low intelligence, untrainable, unassimilable, and violence-prone overflow populations from the third world are beginning to sweep over the parts of the world that had begun to work beyond their violent pasts, creating a certain level of prosperity and stability. Few nations of the world — as currently organised — seem likely to escape the future dysgenic anarchy.

In the Face of the Coming Dysgenic Anarchy, What Should Wise and Intelligent People Do?

Clear-thinking and competent humans need to take a number of strong, assertive steps if they are to have a future for themselves and their progeny. Critical high-tech infrastructure for the masses cannot be maintained in the face of growing corruption, decreasing levels of competent workers, and suicidal public policies implemented by ideologues of the ruling classes. Parallel infrastructure on a smaller — but more competent — scale will need to be devised.

Critical infrastructure is a term used by governments to describe assets that are essential for the functioning of a society and economy – the infrastructure. Most commonly associated with the term are facilities for:

With Shrinking Competent Populations, How Can Parallel Infrastructures and Supply Lines be Built?

“In order to change an existing paradigm you do not struggle to try and change the problematic model. You create a new model and make the old one obsolete. That, in essence, is the higher service to which we are all being called.” ~ Buckminster Fuller ~

As competent workforces decline around the globe, infrastructures will break down. Within smaller islands of competence, the effective production of each participating competent person will need to be augmented by new technologies. This augmentation will take many forms, but it is likely to involve high level computing, advanced robotics, cutting edge tools of gene engineering, and enhancement of human intelligence and executive function.

New methods of education and child raising based upon the advancing fields of cognitive science will be crucial to maximising the competence of the humans who are at the centre of the new enterprise of building an abundant and expansive human future.

Islands of Competence will be Dispersed Across an Ocean of Idiocracy

There is no way to reverse the coming dysgenic Idiocracies and anarchies. Nations of Europe and the Anglosphere have opened themselves completely to the tsunamis of dysgenics and ideological / cultural suicide originating both inside and outside their borders. A higher level human future can only be built from within cooperating islands of competence.

This is not such a difficult concept to grasp. It is already true that most of today’s disruptive innovations are being created in a relatively small number of geographical regions. Particular regions within particular regions of Europe, the Anglosphere, and free Asia are responsible for most of the innovative discoveries that will impact the future.

The world’s most innovative universities

Keeping up with all the changes will require rapid advances in data management, analysis, and mining. The entire enterprise is likely to be quite chaotic into the indefinite future, if done properly.

Here are a couple of approaches considered by the P2P Foundation.

“Open collaborative design involves applying principles from the remarkable free and open-source software movement that provides a powerful new way to design physical objects, machines and systems. All information involved in creating the object or system is made available on the Internet – such as text, drawings, photographs and 3D computer-aided design (CAD) models – so that other people can freely re-create it, or help contribute to its further evolution. It is essentially the same principle that is used to progress scientific knowledge.

… In Western countries many industrial process are becoming highly automated already, but human effort is needed for construction and commissioning as well as maintenance and repair. In developing nations, there is not much automation at all due to labour being so cheap; however this is a great waste of human lives. These self-repairing systems are based on technologies and knowledge that we already possess. No fictional concepts or unattainable artificial intelligence are required to make this happen. We have the ability today to create systems that provide for the global population’s basic needs and far beyond, while minimising our impact on the environment – these two aspects are not mutually exclusive.”

1. Make the concept of a Global Village clearer and operationalize it in the most simplest way. So the proposed formula is: a Global Village is simply and basically the synergetic relationship between a local learning center with access to global knowledge (Telecenter, Hub, Library, …) on one side with a local environment in which this knowledge can be applied, tested, enhanced on the other side. A Global Village needs to be resourceful in access to the world of information and culture, as well as it needs to be resourceful in access to local resources, material – energetical cycles, inhabitants, processes, biotopes etc. The purpose of a Global Village is to provide a high quality, healthy, satisfactory, secure and sustainable lifestyle to its inhabitants and improve and densify the local life process.

Infrastructure in a Box

The infrastructure base is first and community is second. One cannot organize people in a state of optimal quality of life if the means to support these people is not available. This is a simple consequency of the generally-accepted principle of Maslow’s Hierarchy of needs: basic needs come before higher needs. The basic needs are those including housing, energy, food, mobility, etc. It is on the adequate provision of these needs that we must focus initially when building a new community – if our goal is right livelihood. Right livelihood is predicated on autonomy in the provision of these basic needs. Otherwise, uncontrollable external forces such as employers, governments, or external providers of needs- produce misalignment with the most fundamental interests of the community. This means external influence over the community – a recipe for compromise of both true interests and life quality.

… The infastructure-in-a-box includes FEH-RLM-LE: Food, Energy, Habitat, Right Livelihood, Mobility. It constitutes a Learning Environment and a particular way of living. An inherent consequence of this package is transformation. This is because, if self-sustaining, self-replicating units as such are devised, then they solve today’s great unsolved ‘mysteries’ – hunger, poverty, ignorance, overpopulation, and war. Minimal management greenhouses and edible landscapes address hunger, as people place at least some food production back in their hands. Personal and digital fabrication, fueled by open source design, as well as agriculture and information work, leaves no poor among us. Ignorance is dispelled as people take charge of their own education and enlightenment through experiential, entrepreneurial, research lifestyles. Overpopulation is addressed as only the number of people is invited into a particular community as can be supported by indigenous resources. War is addresses as we provide our own energy, fuels, building materials, and foodstuffs – and don’t have to attack others for their resources because we ran out of ours.

The people at P2P have the best of intentions, and some good ideas that we can learn from. If their good intentions sometimes carry them overboard into ideological groupthink and self-defeating logic, that is the nature of most human institutions. We should learn from them what we can. 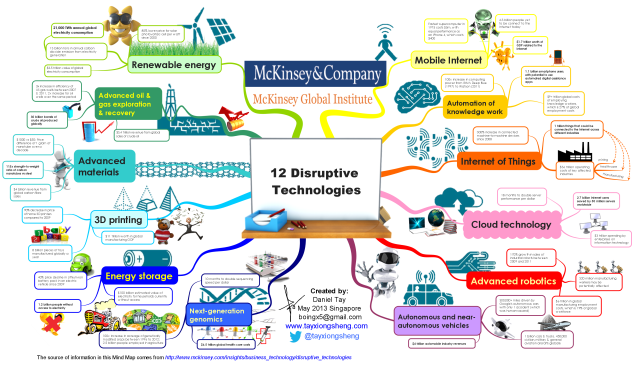 The Next Level will be about much more than just designing objects, machines, and systems. But such dynamic design will always be close to the heart of the enterprise of an abundant and expansive human future. If the designs are not pre-tested, refined, tested again for robust resilience and anti-fragility, and implemented in difficult environments, the exercise would have been wasted.

Building a Robustly Resilient Infrastructure is Not Enough

Even the most advanced SMR nuclear-powered seastead, floating in the middle of the ocean, will find it difficult to supply all of its needs and maintain all critical infrastructures over an indefinite time period. Even unlimited bandwidth global communications will not be enough. Supply lines and access to advanced maintenance, materials, and other outside help will be necessary for dealing with unforeseen situations. Even the most advanced US super carrier cannot stay at sea forever, without coming into port for maintenance and supplies.

Many of the same limitations will apply to advanced Arctic, Antarctic, seafloor, outer space, and other advanced human colonies and research stations. Despite their best efforts at internal maintenance and self-supply, they will all need outside maintenance, upgrade, and supply sooner or later.

But how large does such a system of outside maintenance and supply need to be? Much smaller than is typically imagined, if advanced computing, robotics, mining, transport, and manufacturing (both additive and subtractive), are combined with advanced education, child-raising, brain-enhancing technologies, and genetic engineering.

Just as most of the people of the world do not contribute to the upkeep and operation of the world as it is, most people of the world will not contribute to the design and construction of an abundant and expansive human future. Only a very small proportion of persons oversee the functioning of the modern world. And with the human augmentation tools and autonomous machines of the future, the required number of persons to oversee the functioning, supply, and maintenance of the inter-cooperating islands of competence will be relatively small.

As the average human intelligence declines, and is converted via corrupt democratic forms into the dysgenic Idiocracy / anarchy, more intelligent humans will either build competent new boats that can be sailed in a resilient armata, or they will blindly and “unselfishly” go down with the larger ship.

We need never stop trying to reverse the suicidal course of larger, mainstream human societies. But we should understand that these efforts are only “holding actions,” to provide more time for the building of robustly resilient islands of competence.

Hope for the best. Prepare for the worst. The more Dangerous Children you can surround yourself with, the better.

11 Responses to How Large a Population Is Required to Build an Advanced Civilisation?