One of the fundamental rights of a nation-state is the right to national self-determination. This means that the citizens have the authority to create governments that follow their wishes. __ George Friedman 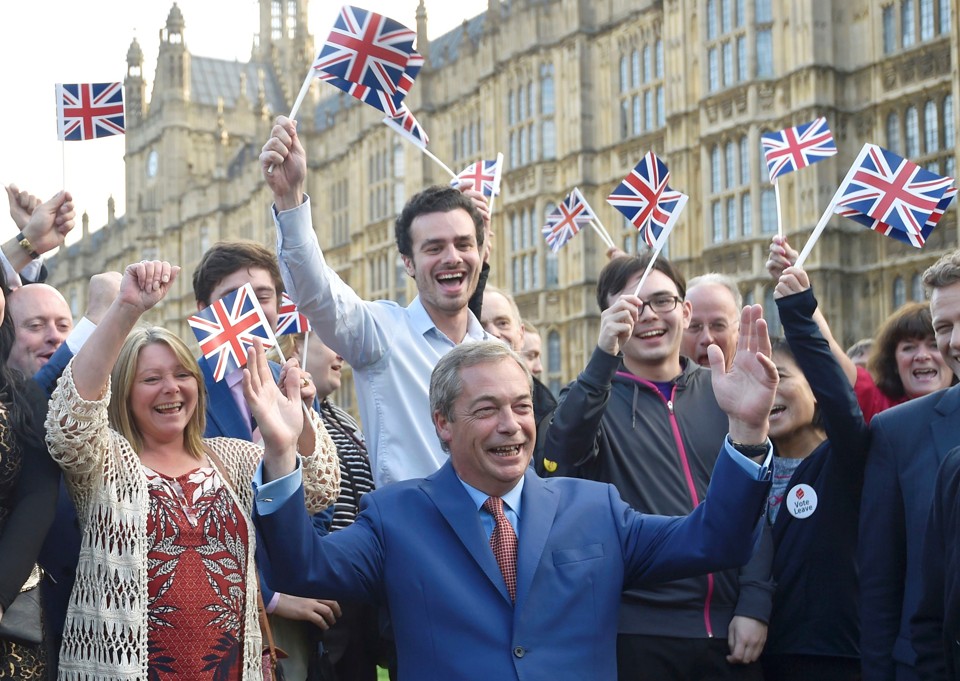 Germany is at the heart of the nascent collapse of the EU. It was a dream that never made sense. A continent that has been in the throes of “civil war” for many centuries, including the recent wars World War I, World War II, and the “cold war” of the Soviet Union against all free systems of government in Europe and the world. The civil war continues on a more subtle — but no less serious — level.

If any one person drove the United Kingdom out of the European Union, it was Angela Merkel, and her impulsive solo decision in the summer of 2015 to throw open Germany—and then all Europe—to 1.1 million Middle Eastern and North African migrants, with uncountable millions more to come. Merkel’s catastrophically negative example is one that perhaps should be avoided by U.S. politicians who seek to avert Trump-style populism in the United States. Instead, the politician who most directly opposes Donald Trump—presumptive Democratic nominee Hillary Clinton—is doubling down on Merkelism.
— http://www.theatlantic.com/international/archive/2016/06/brexit-eu/488597/

Another suicidal Merkel decision was the rejection of nuclear power in favour of an absurd and technically impossible plan to make Germany 80% dependent upon unreliable, low-quality, high-cost energy by 2050. The “Energiewende” policy has already begun to drive more German industry and utilities out of the country and out of business.

Since Germany is precariously dependent upon industrial exports, the loss of industries, jobs, and production that is just being felt from Energiewende will threaten the German economy at its heart.

The vote for Brexit (52 percent of Britons cast ballots to leave the EU) is a vote for sovereignty and self-determination. Britain will no longer be subject to European legislation, with Britain’s Parliament retaking control. British judges will no longer be overruled by the European Court of Justice, and British businesses will be liberated from mountains of EU regulations, which have undermined economic liberty.

Britain will need to expand trade with North America and the larger Anglosphere. The US and Canada will need better leaders for such an alliance to achieve optimum benefits. Obama hates both Britain and Europe, and Trudeau is a frivolous person unsuited to the geopolitical challenge that is emerging in Canada.

George Friedman’s Look at “The Logic of BREXIT”

The European Union has been catastrophically managed since 2008, and to a great extent its apparatchiks have refused to acknowledge how badly they have done. Eight years after the 2008 crisis, unemployment in the Mediterranean region still stands over 20 percent. In Germany, unemployment is 4.5 percent. The idea that an entity dedicated to “peace and prosperity” can hold together in the face of this massive divergence of fates is difficult to take seriously.

… Britain has never been comfortable with its membership in the European Union. When there was discussion of the creation of a European Community dedicated to increasing integration and coordination, Britain founded a competing group, the European Free Trade Association (EFTA). This group was committed to free trade, but not to the kind of integration the French and Germans were talking about. EFTA resembled the North American Free Trade Agreement, or NAFTA, in that it permitted free trade but left national sovereignty intact. The EFTA foundered over the fact that it consisted of one major power, and six other fairly minor economic powers. The sheer weight of the European Economic Community broke them. Even so, while Britain joined the others in what became the EU, it refused to adopt the euro. That would have required giving up too much sovereignty.

… One of the fundamental rights of a nation-state is the right to national self-determination. This means that the citizens have the authority to create governments that follow their wishes. Among the things that remain under their authority seemed to be the right to determine who may enter their country. The European Union is now making rulings that appeared to have been under the authority of the nation-states and their voters. From the standpoint of some Britons, if they no longer had the right to determine who to give refuge to, they had lost too much sovereignty.

The EU was always about the triumph of emotion and wishful thinking over cold hard reality and the deep daily concerns of citizens for themselves and their families. The European Union has far too many of the central, top-down despotic attitudes that the Soviet Union had displayed before it.

Can the EU reform itself before it spins out of control? It is a valid question, and one that should also be asked of Russia, China, and the other BRICS and their often-shady allies. Too many analysts in government, academia, media, and nonprofit foundations / thinktanks / activist groups seem to believe that size alone matters.

Britain achieved all of its greatness long before the EU was dreamt of, on its own initiative. It was after becoming too closely allied with Europe and its internal squabbles that the British Empire collapsed of its demographic downsizing — and a general demoralisation brought on by socialist infiltration of labour unions and other institutions.

The Future is Wide Open

Whether Britain is invited by President Trump to join NAFTA, or whether it finds other advantageous economic alliances inside and outside of Europe, the possibilities for Britain have expanded enormously.

Short-sighted pundits focus upon immediate emotional reactions of markets, politicians, and fellow pundits. Smarter heads will begin their calculations for a number of different, intriguing possible futures — many of which hold the possibility for expanded British greatness.

The Sky Has Not Fallen . . . by Evans-Pritchard

Brexit Contagion … France, Italy, the Netherlands, and some Scandinavian countries consider whether to abandon the sinking ship.

Brexit and the “wisdom” of experts

Germany’s Back Against the Wall and its Knickers Halfway Down

German backtracking: Too Little, Too Late

This entry was posted in Europe and tagged Europe, Germany. Bookmark the permalink.
%d bloggers like this: