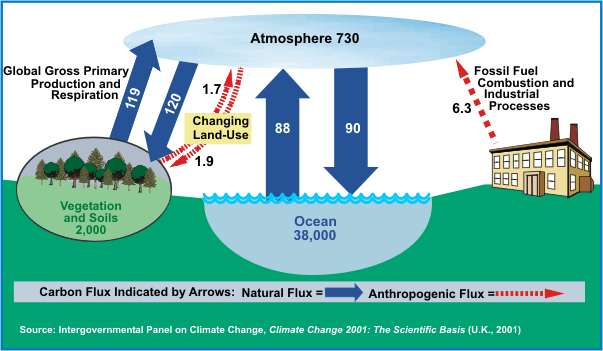 The German legislature has voted to ban all motor vehicles — except “zero-emission” vehicles — by the year 2030. As we see from the graphic above, almost all CO2 emissions come from natural sources, including human beings. It makes no sense to ban CO2-emitting vehicles while allowing greenhouse gas-emitting humans to walk around unhindered.

Germany’s Use of Coal for Electricity Generation is Rising 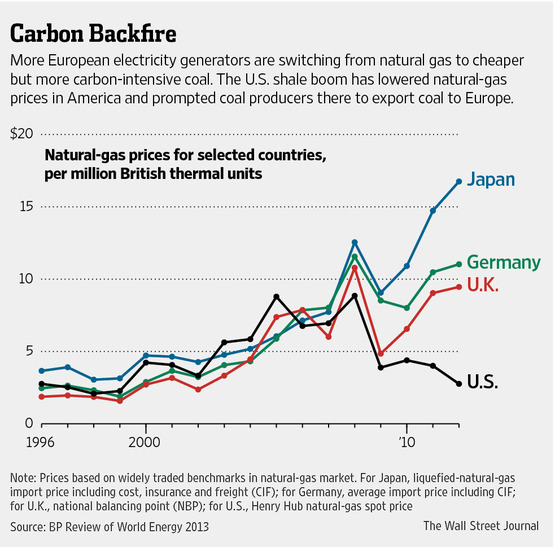 Hypocritical Greens Secretly Depend on Coal

Germany attempted to reduce its “carbon footprint” while also shutting down nuclear power plants, banning fracking, and instituting other counterproductive measures — including a rapid buildup of wind and solar grid penetration. The result of this madness is a rise in coal use and CO2 production — the opposite of their aims.

Germany Raises the Madness to a New Level 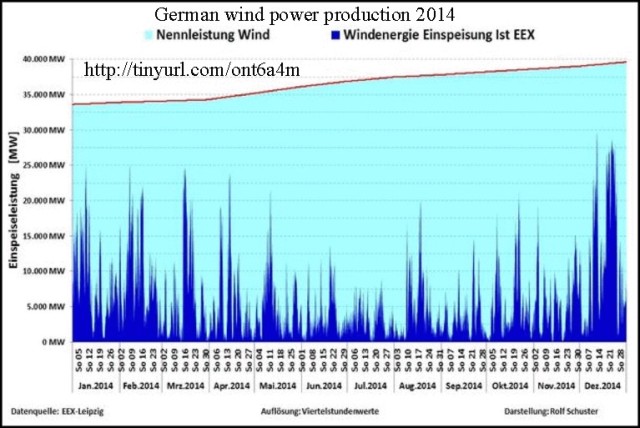 The Germans’ demented plunge into power grid over-reliance on unreliable, low-quality energy sources was bad enough. Low income Germans are paying a much higher proportion of their incomes for heat and power, and are caught in a deteriorating quality of life trap. Meanwhile, Germany’s greens exult in their newfound power to inflict hardship on the middle and lower classes, and refuse to face the fact that their own policies have resulted in rising CO2 emissions. And the pain from Germany’s Energiewende extends across borders into other parts of Europe.

Supply and demand of electrical power must always be kept in balance. This is done through a mechanism called droop speed control. The power generators in a grid are synchronous, i.e. operating at the same frequency. When demand for power increases, the generators in the grid slow down a little bit and the frequency goes down. This is detected in the power stations, and the production of the generators is increased to compensate. As a result, the frequency of the grid is kept close to 50 Hz and at the same time power production is kept in balance with power demand. A more detailed explanation can be found in this article about power grid principles.

The point is that the frequency of the grid depends on the balance between supply and demand. Although the grid operators keep the momentary frequency close to 50 Hz, they don’t even try to keep the average frequency at 50 Hz. The primary purpose of frequency control is load balancing…
__ http://jorisvr.nl/article/grid-frequency

But the reality is far more complex, with frequency, voltage, and phase all held in a critical balance. Any significant sustained deviation from this critically dynamic balance would be catastrophic to the grid, and to society as a whole. Most Greens probably understand that there is a problem with their scheme somewhere. But since they do not feel personally threatened, they simply do not care about the consequences of their own rigid, ideologically-bound policies.

This basic technical primer looks at some of the ways that simple power grids maintain frequency, phase locking, voltage. and load balancing. At the end it briefly discusses both the “promise” and the peril of “smart grids.” Remember that the proof is in the pudding. Promises are cheap, but actual results tell the tale.

Germany’s leaders promised castles in the sky from the adoption of Energiewende. The actual results were higher use of coal, higher CO2 emissions, and higher retail costs of power to ordinary Germans already under strain from disastrous government policies of immigration and economics. The Energiewende compromise between the Christian Democrats and the Greens threatens to break the back of Germany.

A simple power grid simulator applet is provided here. The applet will apparently not work with Chrome browser, but should work with others. The applet is meant to allow students to experiment with load balancing in a simple grid with just a few loads and sources. Notice that the coal, gas, and hydro power stations can be adjusted to match loads. The wind farm is subject to erratic starts and stops, and thus presents a very ugly problem to any realistic power grid or power grid simulation. The nuclear power plant is meant to provide steady “baseload” power, since nuclear power provides the safest and most economical source of constant power. 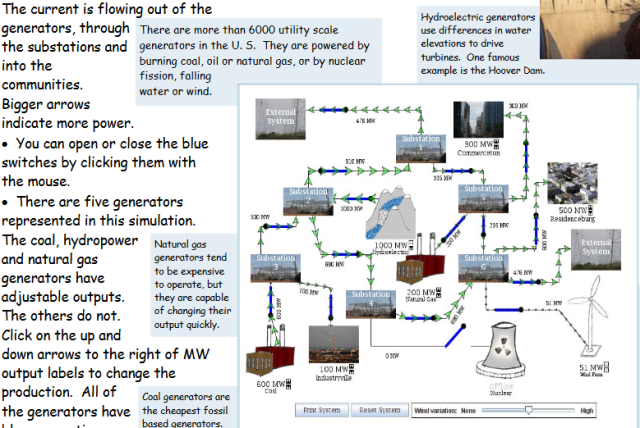 Here is another free power dispatch simulator, available for download to Windows. But always be careful of computer models and computer simulations which seem to be trying to sell something. The Wartsila simulator claims to provide support for new load balancing tools that painlessly integrate unpredictable and intermittent supplies such as big wind and big solar into a critically balanced dynamic grid. But if it were that easy, we would not see green power grids in South Australia repeatedly failing, and nations such as Denmark, Spain, Germany, and other nations in Europe are beginning to cautiously step back from some of their earlier green extremism — to prevent green catastrophe.

Reliable electric power means life or death for modern societies. That is why it is so surprising that national governments such as Germany’s are willing to risk the future of their nations and peoples on a bad gamble such as deep penetration of big wind and big solar into a delicately balanced power grid.

Always remember: Feeding erratic energy into the foundation of modern societies is an invitation to disaster: 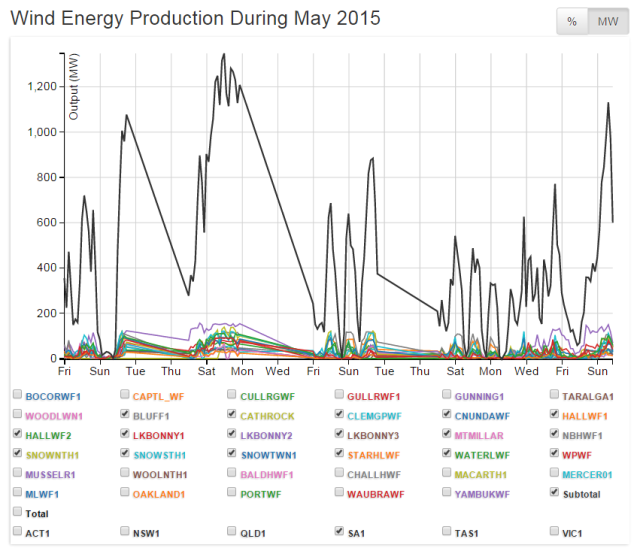 Germany forced to back away from idiotic Energiewende plans . . . But the MIT Technology Review article fogs over the truth of why Germany must step back from utter stupidity: Wind and solar are unreliable, unpredictable, and subject to large surges and equally abrupt dropoffs. Power grids are not built to accomodate potentially catastrophic caprice on this scale.

Balance and the grid