The recent American election was a peaceful backlash against the US government’s ruinous and intrusive unconstitutional policies. Leftwing activist groups cannot tolerate this feedback — this reality — so they are taking to the streets in violent protest, marching toward a Pyrrhic contest they are hoping will overturn the express will of hard-working people whose fairly placed votes were counted.

… it was not black versus white, rich versus poor, feminism versus patriarchy, illegal versus citizen; rather, it was those who produce nothing believing themselves entitled, without appreciation, to the goods produced by others versus those who actually produce. __ Source

Beatings in Chicago, Shootings in Seattle, Riots in Oakland, Murder Threats in LA

Twitter is exploding with people calling for president-elect Donald Trump to be assassinated.

The Republican real-estate billionaire beat Hillary Clinton handily to become the next president of the United States, but that hasn’t stopped lots of people calling for somebody to murder him. __ http://dailycaller.com/2016/11/09/twitter-erupts-with-calls-for-donald-trump-to-be-assassinated/

Riots, mayhem, death threats, disruptive marches to keep ordinary people from going about their business: Is this the way to Win Friends and Influence People??? Perhaps in some alternative universe where Mr. Spock wears a goatee. 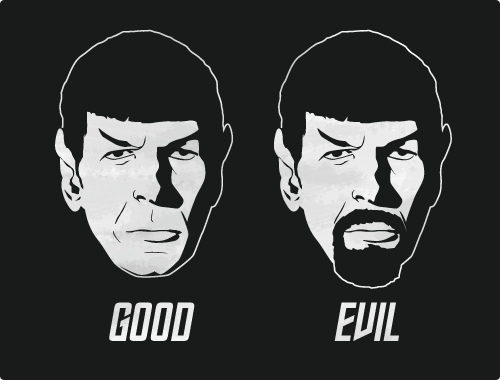 In this universe, in a relatively prosperous and hard-working country, ordinary people are repelled by violent thugs and political assassins. Especially thugs who are unwilling to wait long enough for a president-elect to actually be inaugurated and begin taking political action, before they begin their violent and bitter rampages against their sense of broken personal entitlement.

Black Lives Matter helped propel Donald Trump’s unforeseen ascent to the White House. The public understood the threat to law and order posed by the movement’s calumnies about the nation’s police …

Hillary Clinton embraced the Black Lives Matter movement. She regularly accused the nation’s cops of systemic, lethal racism. Last July, when the toll of officers murdered by Black Lives Matter-inspired assassins had reached five in that one month alone, Clinton told the NAACP that we need to “root out implicit [police] bias and stop the killings of African-Americans.” …

Black Lives Matter is not going to go quietly into the night. The movement may even grow more extreme, fueled by a university culture devoted to racial victimology. Hate-filled chants like the one recently uttered in Chicago—“CPD, KKK, How many kids did you kill today?”—will continue to plague city streets. But the absence of an echo chamber in the White House for such falsehoods may go far toward curbing the rising violence of the last two years.

… Trump expressed concern about the growing homicide toll in black neighborhoods. He was promptly called a racist for doing so. Undeterred, in his victory speech early this morning, he again pledged to “fix our inner cities”—which means, first and foremost, honoring the desire of the millions of law-abiding residents of high-crime areas for assertive, and respectful, police protection. __ http://www.city-journal.org/html/law-order-and-trump-14842.html

This is what race baiters and race war impresarios are afraid of. If Trump improves conditions for blacks, latinos, and others in the inner cities, leftists are likely to lose much of their expendible cannon fodder which they had been counting on to fuel unrest and insurgency. Many blacks, latinos, and others of the underclass are growing tired of being so abused by leftist ideological activists who care nothing about the people they claim to champion.

Young Leftist Snowflakes Experiencing Panic Attacks of Their Own Making 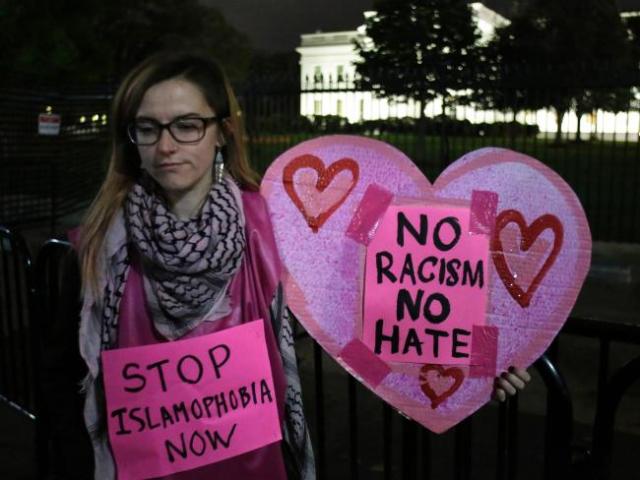 “No violence” is a common request. But it often ends in violence.

Windows were smashed around the city and as the clean-up was completed on Wednesday morning, the protests kicked off all over again. __ http://www.news.com.au/world/north-america/flag-burned-as-protests-breakout-across-the-us/news-story/7207fa8f6208de3f26aa256a89d2cb74

It would be one thing if these mental larvae were willing to wait for Trump to enter office and start taking actions with which they disagree. But the people who finance this type of movement are not willing to pause to think before they pull the trigger. This is likely to rebound back on them — particularly if Trump keeps quiet and allows them to continue shooting themselves in the feet, genitals, and faces.

The violent protestors we have seen so far appear to be angry at an implied threat to the massive US state apparatus, which is hugely tilted toward the parasitic classes and against the productive classes. These “deplorables” as Hillary Clinton describes them, just want to go about living their lives in peace. Unless the financiers of these violent protests — such as George Soros — come to their senses soon, everything they have been working for over their entire lives will crumble to dust without Donald Trump having to lift a finger.

The video below comes from the days before the election. In the video, a (?homeless?) black woman defends Donald Trump’s star on the walk of fame in Hollywood. Clearly, the California crowd is not in a tolerant mood toward this peaceful sidewalk demonstrator.

Now, after the election, instead of shoving her and shouting at her, Hillary Clinton supporters seem more in the mood to physically assault her in typically self-righteous manner. They are going too far, and promise to go much farther.

At this point it is best not to provoke these aggrieved and entitled parasites with political rhetoric or argument. The election is over. But don’t be afraid to defend yourself when they inevitably take their righteous indignation too far. But keep things in proportion to the actual threat.

Even more idiocy from the left:

“As a white, queer person, we need unity with people of color, we need to stand up,” said Claire Bye, a 15-year-old sophomore at Academy High School. “I’m fighting for my rights as an LGBTQ person. I’m fighting for the rights of brown people, black people, Muslim people.” ___ http://www.cbsnews.com/news/riot-declared-in-portland-oregon-amid-new-wave-of-anti-trump-demos/

Are you kidding me?

Apparently, these losers are very slow to comprehend that acting out with violence, vandalism, and obstructing everyday people going about their lives, just makes their cause so much less attractive to anyone who may have otherwise been sympathetic.

They have been pampered and allowed to shrivel back into their amniotic sacks for so long now that they are essentially useless in any real economy. No wonder they turn to violent, self-defeating protest. The world has failed to warp itself around their precious little entitled selves. So the world will have to pay!

The University of Michigan offered its traumatized students coloring books and Play-Doh to calm them. (Are its students in college or kindergarten?)
The University of Kansas reminded its stressed-out kids that therapy dogs, a regular campus feature, were available.
Cornell University, an Ivy League school, held a campus-wide “cry-in,” with officials handing out tissues and hot chocolate.
Tufts University offered its devastated students arts and crafts sessions. (OK, not kindergarten — more like summer camp.)
At campuses from elite Yale to Connecticut to Iowa and beyond, professors canceled classes and/or exams — either because students asked or because instructors were too distraught to teach.
__ NYP

Is it possible to expect anything substantive from fragile little wastrels such as those described above? But wait! It is university staff who are promoting these little cry-ins and temper tantrums. Universities who pamper to the most useless infantile instincts of students represent larger targets, with greater vulnerabilities. Needless to say, parents need to rethink where they send their children for higher education, and potential contributors to universities need to become far more selective.

Regressive departments in university in particular can be made to feel the results of their own savage destructiveness against the student body.

Professional activists form the backbone of this astroturf titmouse revolution