The Government Is Not the Country

My kind of loyalty was to one’s country, not to its institutions or its officeholders. The country is the real thing, the substantial thing, the eternal thing; it is the thing to watch over, and care for, and be loyal to; institutions are extraneous, they are its mere clothing, and clothing can wear out, become ragged, cease to be comfortable, cease to protect the body from winter, disease, and death. ___ Mark Twain quoted_in_Ain’tNobody’sBusinessIfYouDo 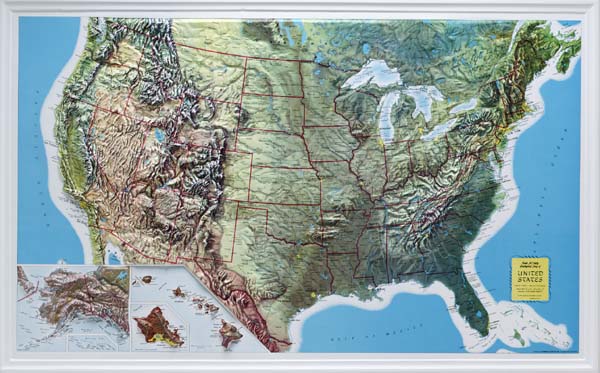 When philosophers first discussed concepts of personal liberty, long ago, few persons were able to grasp the idea that a person could be independent of a government or king, a prince or duke, a lord or overseer. The founders of the young American republic discovered the concept, and later popular writers such as Mark Twain helped to propagate the spirit of liberty to later generations. But the idea never truly caught on in Europe, Asia, Africa, or most of South America. Oceanian nations New Zealand and Australia possess a fair share of independence-minded persons, as does Canada. The USA probably contains the most adherents to philosophies of liberty than any other nation — both in terms of absolute numbers and in proportionate terms.

But the numbers have diminished with the years, and clearly even in the US, there were not enough lovers of liberty to prevent the onslaught of the Obama – Clinton green reich of dieoff leftist hyper-statism. Personal and economic freedoms are being siphoned off in the name of social justice and environmental justice, and without recent changes Americans might have soon found themselves stripped of their beloved freedoms of speech and association — just like many Europeans, Russians, citizens of Muslim countries, and the Chinese.

The US Constitution is the most sophisticated instrument of government for governing a pluralistic population that has yet been devised. But multicultural, multi-ethnic, multi-religious, multi-ideological countries are difficult to govern. And unfortunately, the current government of the US has been largely antagonistic toward the very aspects of the US Constitution which provide the vital protections to a nation’s pluralism, for the past 85 years.

Modern governments presume too much, attempt too much, seize too much authority and power. This has almost always been true of governments past a certain size, prior to the US Constitution. Now, even in the US, limits on government are being hammered away by power-hungry despots of unlimited ambition.

The US Tea Party movement, for example, has been largely despised and reviled by the mainstream media and the pseudo-intelligentsia of academia, politics, and culture. And yet for years, the US Tea Party has represented perhaps the last best chance to prevent a massive and irrevocable schism between the slaves-of-the-state and the dwindling but still potent students of liberty. This will probably continue to be true under the Trump administration — which is far less a radical departure from the status quo than most observers understand.

The incredible economic growth of the US throughout the 19th and 20th centuries illustrated the power of a free people to innovate and produce. As that freedom has been gradually shut down by the growth of the state, the innovation and the ability to produce within the limits of extant technologies, has steadily diminished. Government economic statistics are, of course, not trustworthy — you must read between the lines and make significant corrections in order to understand the underlying reality.

The government is not the country. Most governments have become over-sized parasites upon the country, and must be cut down to size before they suffocate the life out of the country. How will this “cutting down” be accomplished? That is a good question.

This article has been adapted from an original Al Fin article first published in February, 2010. While searching Google for this article, I discovered that Google Cache has been systematically deleting alfin2100.blogspot.com articles from the Google Cache. It seems that Google can only stand so much political incorrectness before it starts to break down.

The original text for the article above was retrieved from the wayback machine at http://archive.org.

As far as backlashes go, the election of Donald Trump (along with Brexit) represent very mild backlashes. But the awareness and the concerns of the more aware people within Europe, the Anglosphere, and the brighter, freer parts of Asia and Latin America, are just beginning to warm up.

Remember: The objective is not to convert the entire world to your way of thinking. That would be the way of the religious and political fanatics. The objective is to create an opening wide enough to move through into a more abundant and expansive human future that just keeps spreading and getting bigger across the solar system and beyond.

Governments and dictatorial religions have been at war against this expansive and abundant human future for millenia. Is it any surprise that Google feels threatened by an opening of human potential? Now, if Google would drop its support for the genocidal climate apocalypse cult, we might have some common ground for discussion. Unfortunately, the company is so badly infested with politically correct vermin, that recovery may be impossible.

More: A relatively recent look at escaping government from this blog. Disruptive technologies tend to be taken up by a wide range of independent groups, making them difficult for any one organisation or group to control.