Delusions, Obsessions, and Ideologies in the Age of Trump

Delusions are unfounded but tightly held beliefs. Everyone is prone to forming delusions — in fact it can be said that human life is built upon systems of delusions, depending upon one’s upbringing. Ordinary delusions, as opposed to pathological delusions, provide the framework for the way humans see and act in the world.

Obsession is “the domination of one’s thought or feelings by a persistent idea, image, desire, etc.” Dictionary.com

Ideology is “the body of doctrine, myth, belief, etc., that guides an individual, social movement, institution, class, or large group… such a body of doctrine, myth, etc., with reference to some political and social plan, as that of [socialism, fascism, communism], along with the devices for putting it into operation.” Dictionary.com

Everything You Think You Know is a Lie

Unless a person has worked out his own escape from powerful belief systems and ideologies, he is unlikely to understand how badly he has been fooled by his life. The problem lies in the way that human minds acquire and accumulate knowledge and beliefs — which is not a rational process. Young minds naturally fall into popular ideological prisons if they are not taught a better, more powerful and independent way of thinking from an early age.

Escaping from powerful belief systems and ideologies — which are almost certainly built upon delusional foundations and supporting frameworks — is no easy task. 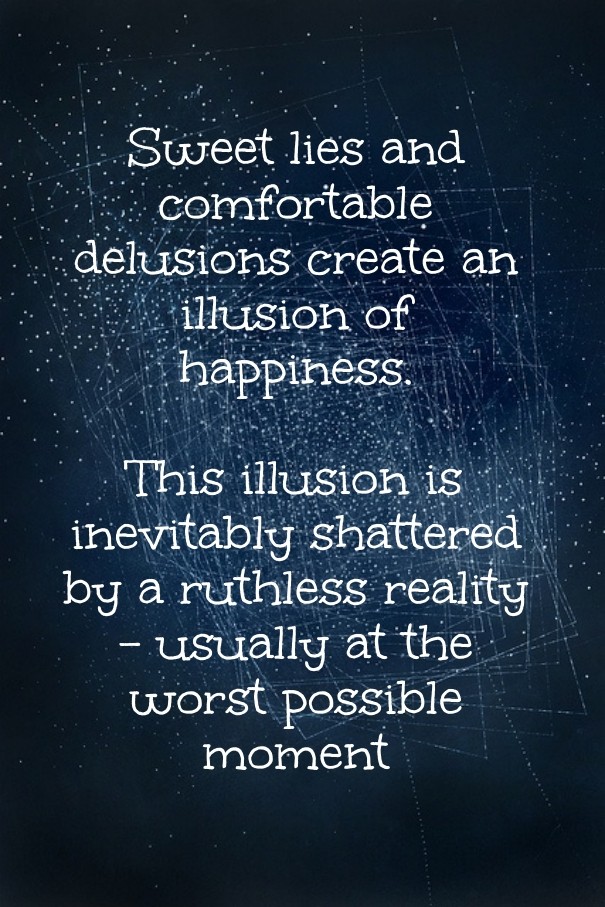 But if one can come to understand the history and the mechanisms by which their beliefs are built and organised into obsessive ideologies of action, he can become liberated from the zombie drone existence of the masses of people who sleepwalk through their lives without meaningful insight.

It is difficult — if not impossible — for most people to cut through their own lifelong programming. A university education can be either help or hindrance. Modern educational institutions are increasingly devoted to indoctrinating students into a politically correct viewpoint consensus generally shared among faculty, staff, and administration. Students too often emerge from university firmly convinced of their own ideological superiority, and too many of them these days seem willing to take to the streets to enforce it with clubs, pepper spray, and worse.

The same is true for the study of philosophy across its wide range. A philosopher may be a philosophical liberator, someone who opens the students’ minds to independent exploration. Or a philosopher may as easily be a closet programmer, promoter, and propagandist of ideology.

I think the books that made me the kind of historian I am—contrarian, suspicious of received wisdom, mistrustful of “theory,” secular, rational, humanist, and focused on explaining the horrors to which politics led in the early twentieth century—were the great anti-ideological novels of the 1940s : Arthur Koestler’s Darkness at Noon, George Orwell’s 1984, and Albert Camus’s The Plague—and one older, heavy-handed but haunting work in a different vein, Henrik Ibsen’s play An Enemy of the People __ https://bookscombined.com/2016/09/05/ideology-and-delusion/

Fiction requires the willing suspension of disbelief from the outset, for proper enjoyment. In a frame of mind of suspended judgment, one is more capable of stepping outside his own programming to see a different world than the one that rules his everyday thoughts and actions.

Most fiction is garbage, of course, but if one learns to be discriminating in his taste, and comprehends how the tools of fiction can alternatively mislead or liberate, for many modern seekers wise fiction can help jump-start the engine of escape from the chains of ideology and lifelong delusional belief systems.

Philosophy is for Thinkers; Ideology is for Stinkers

Philosophy at its best is the disciplined quest for meaning, knowledge, and the development of improved tools for acquiring meaning and knowledge. Good philosophy contrasts starkly with ideology, which is too often a blueprint of conformist dogma and groupthink.

Most humans will never escape their ideological chains, for a number of reasons. Innate deficiencies in prefrontal executive function, dull intelligence, the lack of ability to see outside one’s own point of view — all of these and more can prevent otherwise seemingly bright and exceptional people from ever emerging from the ideological cocoon. The most common reason is lack of personal courage. We are living in an age of cowardly groupthink conformism, propped up by mass media.

An Enlightened Life is More Difficult Than Most Think

Since enlightenment involves throwing off the tight structures and detailed blueprints of ideology and groupthink, enlightened persons who have jettisoned their ideological baggage must build and deduce more of their own mental frameworks than the run of mill indoctrinated ideologue — with his own prefabricated thought processes.

But the ease with which lighter baggage allows one to see through ideological delusions and madnesses of crowds can make the effort worthwhile, for the most part. Liberation from groupthink and mandatory chains of inappropriate consensus cuts through a lot of mass programmed shite almost effortlessly.

Only someone who has escaped a series of nested and chained ideologies and delusional belief systems will understand the frustration of watching people they care about sinking into the zombie’s life of automatic compliance with the politically correct groupthink du jour.

But more often than not, restraining one’s self from direct confrontation with such persons is the best course. When a deluded group-thinking ideologue is confronted directly, more often than not he will dig even more deeply into his entrenched delusions. Basic human nature of avoiding cognitive dissonance — not to mention the avoidance of hard mental work — keeps zombie drones the way they are, for the most part.

Popular pundits bemoan the deep divisions of beliefs, attitudes, and actions in dynamic western societies such as those in the Anglosphere. But it is just such divisions that have helped prevent societies from sinking into Soviet-style dictatorships of one extreme or another.

It is too much to demand of society that most of its population members be enlightened and liberated from groupthink ideology. The wide differences in innate ability and energy — usually displayed in normal bell curve distributions — means that some persons will always be at extreme advantage of controlling the masses, and others will be at disadvantage, or extreme disadvantage of doing anything but following the leader.

If a society is made up of groupthinking zombie drones, easily guided by daily talking points of elitist-owned mass media, its future is predictably one of decay and decline. Such a top-down quasi mind control by the elites results in many of the widespread delusions that are sapping the strength and capital of modern western societies.

Politically correct conformist ideology destroys the diversity of opinion, outlook, and lifestyle that is crucial to an abundant and expansive human future.

An opportunity society rewards people who know how to conduct successful ventures — people such as Peter Thiel, etc.

A society in decay, on the other hand, rewards people who have never done an honest day’s work in their lives — people such as most professional politicians, bureaucrats, university professors and administrators, journalists, many intellectuals, and others who misuse words and ideas and unearned power to diminish the futures of the people entrusted to their care.

Hope for the Best; Prepare for the Worst

The Dangerous Child movement is an alternative, ideology-free anti-ideological approach to creating competent and independent minded generations capable of working toward an abundant and expansive human future. It is both a “fallback” and a belatedly proactive approach to building a world of larger opportunity from the ground up.

It is a crude truism to say “Everything you think you know just ain’t so.” But for those who have worked hard to escape the inner cages of the Matryoshka system of mind prisons, and who continue to struggle to break out of the recursive system of entrapment, it goes without saying.

For those who never knew that such things existed, don’t feel badly. The rest of the herd feels the same way. 😉

This entry was posted in Everything You Think You Know Just Ain't So, Groupthink, Ideology, Knowledge, Philosophy and tagged Groupthink. Bookmark the permalink.
%d bloggers like this: