Why are Today’s Young So Juvenile?

Update: The fantasies of today’s young speak ill of their upbringing and education. 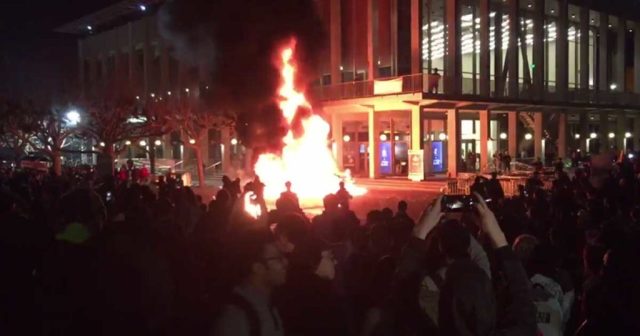 Shouldn’t These 20 Something Adolescents Be Doing Something Besides Denying Someone Else’s Free Speech Rights?
Source

Earlier generations took on responsibility at young ages. Benjamin Franklin left school and began his working career at age 10. His writing career began at age 12 while apprenticed at a printing shop owned by his brother. More

According to prize-winning educator John Taylor Gatto and historian Joseph F. Kett, most men of earlier generations gained their competencies and skills through leaving home for early work and apprenticeships. Sometimes they would run away to sea. Often they would work as apprentices, journeymen, and often masters, before reaching early independent adulthood.

Such early independence of the young was somehow offensive to university scholars and professors, who felt that no one should achieve success without first having come under their influence. These scholars and their associates in government, media, and activist groups worked hard to place the yoke of mandatory extended formal education onto the necks of the young. These crusaders of incompetence compounded their errors by making all forms of profitable work illegal for children under a certain age. Their crowning error was to price entry-level employment above what the market would pay, for most inexperienced and unskilled youth. From that point on, society had doomed itself to successive generations of increasing incompetence and immaturity. Today’s college debt crisis and permanent underemployment of youth and college graduates is only a sign of the crumbling human infrastructure.

At fifteen, my grandfather left home and became an apprentice to a chicken-feed dealer (later he worked himself up until he became a very rich man, but that is beside the point). My father and I both happened to leave home at eighteen. Fast move forward. In the US between 2000 and 2011, the number of women aged 25-34 who lived with their parents went from 8.3 to 9.7%. The corresponding figures for men were 12.9 and 18.6%, a vast increase indeed. These changes have been accompanied by others, such as allowing people up to 26 years of age to join their parents’ health insurance (in the US, under Obamacare) and extending the licenses of “child psychologists” so as to enable them to treat 25-year olds (in Britain).

Crowning the process is the rise in the age at which people have their first child, which is now the highest in history. Even so, the above figures only form the tip of the iceberg. They are the last—for the time being, at any rate — stages in a process of compulsory infantilization that, in all Western countries, has been going on ever since the industrial revolution. __ Martin van Creveld (via Fabius Maximus)

Young people are taking decades longer to reach “adulthood” and independence — and to have their first child. In fact, if young women take much longer to begin having their first child, it will be too late altogether, since the biological alarm clock will brook no argument from the psychologically immature.

Under blog categories such as “academic lobotomy” or “psychological neoteny,” we at the Al Fin Institutes have watched generations of American youth become progressively infantilised and brainwashed into a helpless dependency that mocks the ambition and competency of earlier generations who built the world of plenty which these perpetual adolescents are now squandering. (To read these articles from the original Al Fin blog — which is being blocked by Google — run searches on the terms above, then click on the arrow next to the article link provided. Choose “cached,” “cached page,” etc. Use any search engine except Google, or try the Wayback Machine at Archive.org)

When you combine psychological neoteny, academic lobotomy, and runaway narcissism, today’s university student has hardly a chance to learn to think for him/herself, and mature into an independent person of solid judgment. It is a shame to lose an entire generation. But if members of the public–including parents and financial supporters of academia–can wise up at last, intellectual freedom may be allowed back on campus. __ Al Fin (original blog) (Don’t forget to use “cached page” or Wayback Machine)

On top of it all, growing numbers of university graduates and dropouts are taking on large life-postponing debts which they will never succeed in repaying. And so they pile failure upon failure. This is no way to begin a life — helplessly incompetent and indebted at 25, 30, or older.

At one time, university was a place where youth were exposed to a wide range of philosophies and perspectives. By weighing the merits and problems of different points of view, youth and young adults learned to think for themselves, to find their own way. But things are different now. Today’s university is a place where youth are given politically correct brain implants and lobotomies, where overgrown perpetual adolescents go to hide from uncomfortable points of view in “safe spaces.” These wilting flowers are in no position to face a world of mechanisms that loom far outside their fantasies, experiences and competence.

But as they say in the old song, “They’ll turn us all into beggars ’cause they’re easier to please.”

Give a man a free house and he’ll bust out the windows
Put his family on food stamps, now he’s a big spender
no food on the table and the bills ain’t paid
‘Cause he spent it on cigarettes and P.G.A.
They’ll turn us all into beggars ’cause they’re easier to please
__ Rainmakers Government Cheese lyrics

If young people do not learn self competence, self teaching, and independent planning and ambition, they will be at the mercy of the social engineers who will throw them in the blender and set it on “High.”

If you are ever in doubt as to what politically correct people should be thinking today, just tune in to mainstream sources of daily talking points, such as the mainstream news, trendy commentary, and nighttime comedy talk shows. Shaping of opinions and group mind management are the order of the day — on campus, in the media, in $billion dollar foundations and activist juggernauts, and in bloated government bureaucracies stuffed with career radicals dedicated to breaking any independent mind or enterprise. This is the world that results from the infantilising of youth and young adults, generation after generation.

Today’s young adult understands that he must not question the climate apocalypse cult, or else he will lose his job or be denied tenure. The lifelong brain-conditioned university graduate understand that he must never allow his mind to be open to heresies such as human biological diversity. Opening the mind to such things invites a banishment to outer darkness which may never be revoked. And never must he consider that some physical and psychological differences between men and women may actually be innate, rather than socially conditioned.

It is a progressive mess that can only grow worse with time unless a radical increase in openness to philosophical diversity is introduced at all levels of education, government, media, foundations, activist lobbies, and other important social institutions that influence the development, education, upbringing, and career opportunities for the young.

Many millennials are in effect priced out of becoming adults, if they have any reason they know they can not have a family in their situation, nor ability to learn the ropes of adulthood through managing a household. Apathy has paradoxically become a political tool as it amasses more drop out millennials who are not interested in fixing the system but subconsciously or consciously interested in facilitating its failure and perhaps hoping to find better opportunities in its descent.

Learn about The Dangerous Child blog and the alternatives it reveals

This entry was posted in Childhood Development, Competence, Dangerous Child, Demographics, Everything You Think You Know Just Ain't So, Groupthink, University and tagged Academic Lobotomy, Groupthink. Bookmark the permalink.

3 Responses to Why are Today’s Young So Juvenile?