The 3 Empires of the 21st Century 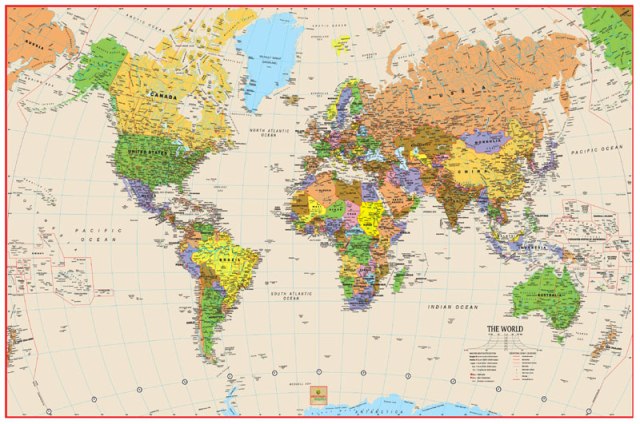 Just over 100 years ago at the dawn of the 20th century, the world was awash in empires. Once strong empires such as the Austro-Hungarian Empire, the Ottoman Empire, the Tsarist Russian Empire, The British Empire, The German Empire, The Qing dynasty of China, and other miscellaneous European colonial empires were in decline, and doomed to fall. Soon, horrific world wars and bloody wars of colonial revolution dotted the globe, putting an end to the most recent age of empire for the most part. Even the strong and budding US empire closed its own era of territorial acquisitions, and eventually turned over most its populous overseas possessions and protectorates to self-rule (e.g. Philippines) or the option of self rule (e.g. Puerto Rico).

Since World War II and the Bretton Woods agreement, the US has provided an umbrella of protection over Europe, the Anglosphere, and the world’s oceans, trade routes, and resource centres such as Saudi Arabia. A subsequent explosion of global trade has allowed nations such as Germany, Japan, China, and to some extent Russia, to emerge into prosperity from devastating wars and experiments with ideological suicide.

The 3 Empires of Today

Now in the early decades of the 21st century, 2 new empires — the Russian neo-empire and the Chinese Communist Empire — vie for influence and domination in a world where the USA appears to be backing away and entering a stage of retrenchment. The result is one empire that is voluntarily stepping back (the USA), one empire that is making a grand gesture of indebtedness to “have it all” (CCP and its ambitious new Silk Road), and one empire that is using every desperate measure just to hold itself together in its ghostly self-image (neo-imperial Russia).

Each empire is nuclear armed and capable of dominating most of its own region. Only the USA is still capable of force projection over virtually the entire globe at a moment’s notice. But China is moving forward frantically in an attempt to make itself the “global pivot.”

Europe was, for a time, the centre of global empire. But after the cruel bloodletting of the 19th and 20th centuries, the human substrate of Europe has been in decay.

Now under the EU, most of Europe has made itself into an egregiously effeminate example of autophagy — a foppish continent devouring itself. Even before Angela Merkel unilaterally opened Europe to the destructive, untrainable hordes of the violent third world, the demographic decline of Europe was essentially set in stone.

Europe was already becoming an increasingly seedy retirement home for for the fearfully entitled, long before Merkel embraced energy suicide (Energiewende and the nuclear phaseout) and demographic suicide (the admission of millions of violent and unassimilable third worlders). But after Merkel’s fateful and unutterably stupid decisions, Europe has no chance — unless the EU is obliterated and a strong, new, rational generation of national leadership emerges in Europe.

Unfortunately, given the ongoing population collapse of indigenous Europeans, the future of the “old countries” is grim.

In the 1920s and 1930s, Japan was in ascendancy, seemingly destined for a central position among the world’s leading nations. World War II put an end to those Nipponese dreams. But once again in the 1980s Japan seemed to be destined for global greatness. Its manufacturing might and prowess in robotics and computing projected an intimidating image over Europe and North America. But economic overreach and mismanagement stalled Japan’s late 20th century move to greatness. Finally, the demographics of Japan point toward population collapse, as in Europe.

What are the Prospects for Today’s 3 Empires?

Most empires fail in less than a century. Few survive for longer than 250 years.

Economically, the US dominates — by GDP, and by several other measures. China is in second place and may eventually match the US raw GDP numbers due to its massive population. Russia’s economy has been in trouble now for over eight years, and has been forced to cut back on many projects which will make its neo-imperial ambitions far more difficult to accomplish. 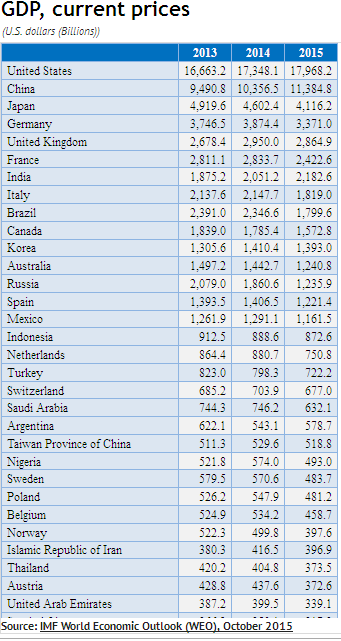 Up and Down GDPs
http://knoema.com/nwnfkne/world-gdp-ranking-2015-data-and-charts

If the US does not enmesh itself in the EU’s mutual suicide pact of energy, climate, economic, and immigration stupidity, it will face a relatively prosperous future.

If China’s economy does not implode — and if China’s people do not rebel against a governmental system that fails to keep its end of the bargain — China is likely to expand its area of economic and political dominance over ever larger parts of the third world as well as the Russian Far East.

For economic and demographic reasons, Russia will be lucky to avoid significant fragmentation and loss of territory before 2040. Since the Kremlin is also aware of this ominous likelihood, expect ever more destructive flailings from the neo-empire, similar to Crimea, Donbass, and Syria.

Peter Zeihan on "The New President & the World: Challenges & Opportunities" from McConnell Center on Vimeo.

The US global empire is over 200 years old, and showing many signs of age — but also some signs of self-renewal. Just a few clever decisions made at top levels now can set a course change that will renew the US for decades — even centuries — longer.

The Chinese Communist empire is less than 70 years old, and already shows many troubling cracks about the walls and foundations. The video above exposes many of China’s weaknesses and problems which most readers will not have considered.

Neo-imperial Russia is less than 30 years old, and if not for its vast nuclear missile fleet would be considered on a par with Saudi Arabia as an energy resource hub. A shrinking number of ethnic Russians will struggle increasingly to hold the vast and loose collection of nations and states together by whatever means they can under the flag of Muscovy.

This entry was posted in China, Empire, Europe, Peter Zeihan, Russia and tagged China_Russia, Rise and Fall of Empire. Bookmark the permalink.

2 Responses to The 3 Empires of the 21st Century