For the Good of the Species: Older Men Mating with Younger Babes

Re-published from the “Al Fin, You Sexy Thing!” blog 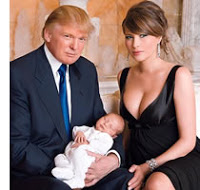 Research published in PNAS reveals that the sperm of older men tends to have longer telomeres, conferring an advantage in longevity to offspring.

Dr Dan Eisenberg and colleagues from the Department of Anthropology at Northwestern University studied telomere inheritance in a group of young people living in the Philippines.

Telomeres, measured in blood samples, were longer in individuals whose fathers were older when they were born.

The telomere lengthening seen with each year that the men delayed fatherhood was equal to the yearly shortening of telomere length that occurs in middle-aged adults.

Telomere lengthening was even greater if the child’s paternal grandfather had also been older when he became a father.

…Inheriting longer telomeres will be particularly beneficial for tissues and biological functions that involve rapid cell growth and turnover – such as the immune system, gut and skin – the scientists believe.

And it could have significant implications for general population health.

“As paternal ancestors delay reproduction, longer telomere length will be passed to offspring, which could allow lifespan to be extended as populations survive to reproduce at older ages.” _BBC

It turns out that older men chasing younger women contributes to human longevity and the survival of the species, according to new findings by researchers at Stanford and the University of California-Santa Barbara.

Evolutionary theory says that individuals should die of old age when their reproductive lives are complete, generally by age 55 in humans, according to demographer Cedric Puleston, a doctoral candidate in biological sciences at Stanford. But the fatherhood of a small number of older men is enough to postpone the date with death because natural selection fights life-shortening mutations until the species is finished reproducing. _Stanford

This makes a certain amount of evolutionary sense. If humans stop reproducing around the age of 40 or 45, there is no particular reason that longevity-promoting genes would be passed on to future generations at a higher rate than anti-longevity genes.

We know that women lose fertility fairly rapidly after the age of 35. A woman’s overall energy levels and ability to keep up with a young child also decline with age.

Women in their twenties have a good chance of becoming pregnant as a result of a relatively greater number of eggs in their ovaries. Additionally, a larger percentage of those eggs are normal genetically. Since a woman is born with all of the eggs that they will have in their lifetime, the older she gets the fewer eggs are left. In addition, as women age the percentage of genetically normal eggs remaining decreases. This is why women have a decreasing fertility rate, increased miscarriage rate and increased chance of birth defects like Down syndrome as they age. _Female Age and Fertility

Scientists have learned that in more traditional hunter-gatherer societies, the older man / younger woman pairing was most common, with a typical age difference of up to 15 years. And for good reason: The younger the eggs, the longer the telomeres!

Starting at puberty, there is a hierarchy with long-telomered oocytes ovulating first [14, 15]. This contrasts with the constantly high telomerase levels in the testes, which ensure lifelong telomere length stability in male germ cells per generation [6, 7].

… the widely known strong positive correlation between the mother’s age at conception and trisomic pregnancies (e.g. Down’s syndrome) [18] seems to be a clear indication of telomere erosion in the female germline [7], and even more so since the father being of an advanced age does not increase the incidence of chromosomally abnormal offspring, despite lifelong germ cell divisions [18]. __ Molecular Cytogenetics

In other words, the younger the eggs the better. As for the age of the testicles, sperm from older and more vital men is likely to have longer telomeres due to a temporary sidestepping of the steady shortening in human telomeres generation by generation — which is located in the female germline. By skipping more generations of this female-based decline of the human telomere, older and more vital male sperm confers advantages of various sorts — many of which have yet to be investigated.

For those especially curious about the likely mechanisms for this effect, consult the Molecular Cytogenetics paper linked just above. I suspect that the author of that paper has hit upon the likeliest explanation.

In modern times, older men capable of attracting younger women are more likely to be able to provide an economic advantage to offspring — in addition to the pro-longevity advantages. A more affluent mate can provide more assistance and a greater sense of security, which young mothers often need. The relative maturity and greater experience of the older man compared to the younger woman can provide the wisdom of a longer time perspective for the family as well.

Eventually, scientists will be able to select both sperm and eggs which confer life extending advantages — and many other benefits — to offspring. Until then, it might be best to follow the proven evolutionary path. At least, Donald Trump and a large number of other men seem to think so. 😉

PNAS Paper: Delayed paternal age of reproduction in humans is associated with longer telomeres across two generations of descendants

This entry was posted in Biomedicine, Sex and tagged Sex Differences. Bookmark the permalink.
%d bloggers like this: