Russia: Who Will Pick Up the Pieces?

Nature abhors a vacuum, and a country that occupies 11% of the planetary mass while producing roughly 1.2% of its GDP is the very definition of vacuum.

If current trends continue, Yury Krupnov says, Russians will be condemned to “disappear from history” with the population of their country declining to only 50 percent of what it is today by the end of this century and changing in its ethnic composition to the point where it will not be Russia anymore.
__ https://www.business-gazeta.ru/article/385156 (Russian) __ quoted in WOE2

The population of ethnic Russians is shrinking alarmingly, to the point that there will not be enough Russians left to defend the huge land mass from interlopers on all sides.

Putin has had roughly 20 years to reform Russia’s Tsaresque thugocracy, to make Russia a decent place to live and raise a family — and he squandered all of it. Rather than reforming and diversifying Russia’s economy, Putin divvied it up between loyal cronies, guaranteeing that Russia would lose the global technology race. As a result, Russia’s economy is just as dependent on its oil & gas resources as it was in the 1990s.

Big countries, big nations do not disappear; they do, however, become the vassals of more powerful and dynamic forces, often for many centuries…

… the Russian Empire, the USSR, or the Russian Federation, is now officially dead. It is fresh road kill, carrion, ready to be creatively destructed, plundered, by whoever can get to her riches first. The extremities, the low hanging fruit, have already fallen, as they should, to their rightful masters. Eastern Europe, the Baltics, are in Western hands. Vast swaths of southern Siberia, with their magnificent but soon to be clear cut virgin forests now belong to China. __ Choosing the Liege Lord

Russia cannot keep up with SpaceX in the commercial space business, she cannot keep pace with China in the global weapons trade, and without western foreign oil services companies Russia could not sustain its oil & gas production which underpins its entire economy. On its own, Russia is competitive only in terms of electronic warfare, propaganda, organised crime, and human trafficking. 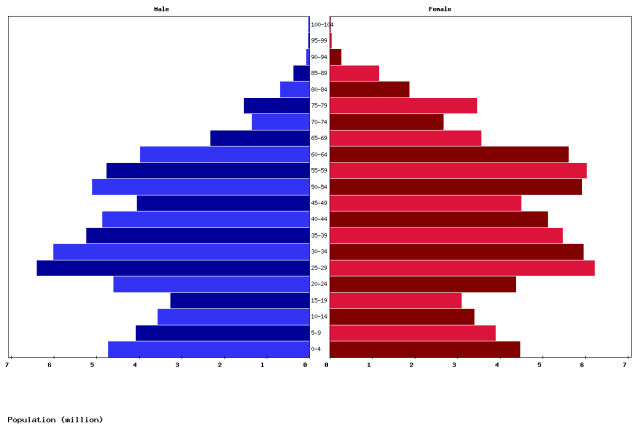 The number of ethnic Russian women of child-bearing years has fallen off a cliff, although even those who remain are not too keen on marrying Russian men and having Russian babies. And who can blame them?

Other than in its largest cities, Russia is “hollowing out” of people — particularly of ethnic Russians. China is moving its people into the vacuum that is resulting, particularly in the Far East. But using its growing Central Asian launching pad, China is likely to take over more of Russia’s fertile farmland in the South — and there is very little that Putin or anyone else can do about it, short of nuking the only “friend” of substance that Russia has left. 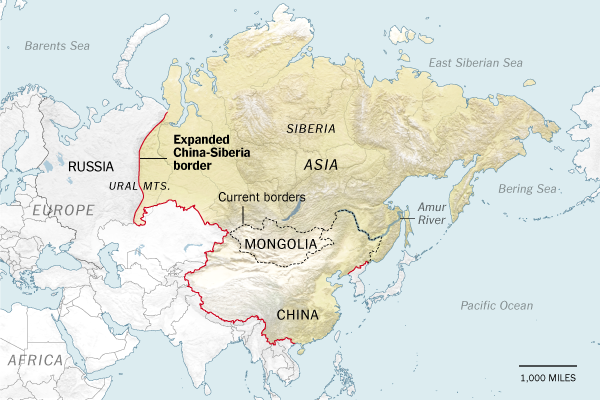 Russia’s best people have either left already or are making preparations.

Before long, the only people left in Russia will be the ones for whom there is no use in the more advanced nations to the west and southeast. This is entirely Putin’s fault, for squandering the last 20 years on mere power games.

Western nations are in a bad spot, certainly, due to suicidal government policies of immigration and globalisation.

Western politicians at the highest levels are no different… They play to win, but mostly they play to reach an outcome that would allow them to bamboozle their constituents into believing that they had won, thus reelecting them or whomever they wish to be elected. These leaders negotiate to generate outcomes that are at best acceptable for their countries, while at the same time optimizing the outcomes that reinforce their status as a supranational group of jet-setters who are above the laws of any country both while in office and for their entire lives thereafter. __ https://tsarizm.com/analysis/2018/06/10/the-hi-tech-traditionalist-the-g6-will-be-brought-to-heel-it-will-be-fun-to-watch/

Effects of globalisation on western workers:

While the forces of globalization battered America’s middle class, they largely benefited the country’s emerging urban professional elite—managers, consultants, lawyers, and investment bankers enriched by booming international investment and by the cheapening of imports. And as multinational corporations and their bosses gained political clout, the interests of the middle class faded.

Two decades of complacency among US leaders gave companies in Asia and other emerging export bases time to create world-class factories and robust supply chains. __ Quartz

Until US President Trump was elected, no one in the rich countries of the west (outside of Germany) seemed to act as if manufacturing mattered. Now Germany has chosen suicide by immigration and energy starvation, leaving the US with its newfound energy riches and a born again interest in manufacturing and more equitable trade policies.

In other words, Putin’s choice is stark: mend relations with the US while reforming Russia’s economy, or double down on a China that seems destined to steal “hollow” Russia blind.

This entry was posted in Demographics, Russia and tagged Russian Decline. Bookmark the permalink.

1 Response to Russia: Who Will Pick Up the Pieces?