Americans Plan to Populate Space with Billions of People

First you must develop reliable and affordable ways to reach outer space. Then you must find ways to make activity in space profitable. Then you must put skilled and resourceful human beings in space to provide vision and oversight for the robots that will be doing most of the hands-on work.

The United States space industry is booming, and not everyone is excited about it. The Europeans, who dominated commercial spaceflight before the rise of American upstarts like SpaceX, are suddenly worried that the America’s effort “now represents a further strong challenge to European competitiveness and freedom to act in space.”

… As the U.S. launch market expanded, with spaceports opening up to accommodate research and operations, the European market stayed fairly stagnant. __ PM

Under US President Trump, access to outer space has become a high priority again — and US industrial firms and entrepreneurs are moving to meet the call. Between Elon Musk’s SpaceX, Jeff Bezos’ Blue Origin, and the United Launch Alliance, a number of smaller entrepreneurial concerns are scrambling to find profitable niches in the new space gold rush. Space launch, satellites, outer space human habitats, asteroid prospecting, and other less known looming commercial niches in space tempt entrepreneurs with the chance of $trillions in profits. 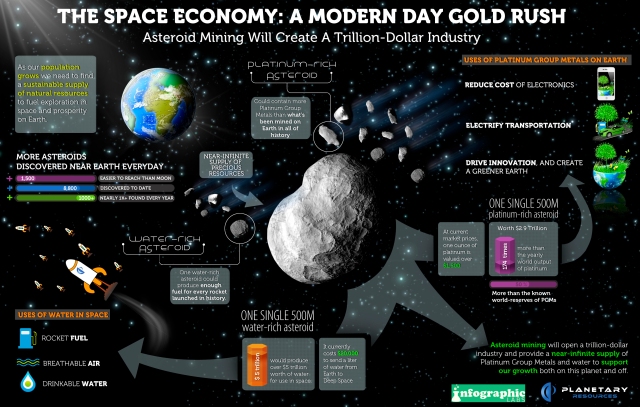 Russia’s Space Program is Having Problems

The Russian space program has been stumbling for years now, as Putin focuses Russia’s government budgets on military, espionage, propaganda, and nuclear war concerns. As a result of Kremlin neglect, the space program moves from failure to failure, leaving the ISS without a current viable way of moving replacement astronauts to the station.

Just 119 seconds after the Soyuz rocket and capsule lifted off from Baikonur Cosmodrome on Thursday, there was a serious malfunction. It aborted the flight at the near-weightless edge of space, endangering the American astronaut and Russian cosmonaut aboard. And coincidentally, perhaps, it stalled an investigation into alleged sabotage at their destination, the International Space Station. __ https://www.thedailybeast.com/russias-big-space-fail-exposes-putin-eras-soviet-reflexes

Russia is in trouble across its entire industrial spectrum. But the space program has always been a source of pride for Russians. Hope continues to fade for the dying bear.

Jeff Bezos Wants to be Big Cheese in Outer Space

Jeff Bezos founded his space launch company, Blue Origin, 18 years ago. Its rockets have done well in trial flights, but have not yet performed a successful commercial mission. All of that should soon change.

One rocket, the New Shepard, will take commercial passengers into space “soon”, the company promises. It features a capsule which detaches and “coasts” into space for a short period, before landing with a parachute, while the launcher lands vertically and is designed to be used again.

“With each flight, we’ll continuously improve the affordability of space exploration and research, opening space for all,” the company said.

Mr Bezos is the richest person in the world, with a wealth of $151bn (£114.7bn), dwarfing his aerospace competitor Elon Musk, who is worth around $20bn. __ https://www.telegraph.co.uk/technology/2018/10/15/jeff-bezos-rocket-company-wants-send-millions-live-space/amp/

The US is Again World’s Most Competitive Economy

Thanks in part to bold economic reforms from the Trump administration, the US is once again the world’s most competitive economy, according to the World Economic Forum. Throughout Obama’s economic “reign of terror,” the US was out of the top spot, and only this year returned to lead the world’s economies.

A strong private sector economy is crucial to private space launch companies — such as SpaceX and Blue Origin. Such companies cannot truly innovate and grow rich relying only on government contracts. And as other private corporations create and fill new niches in the cis-lunar economy, their list of wealthy customers will grow ever longer. 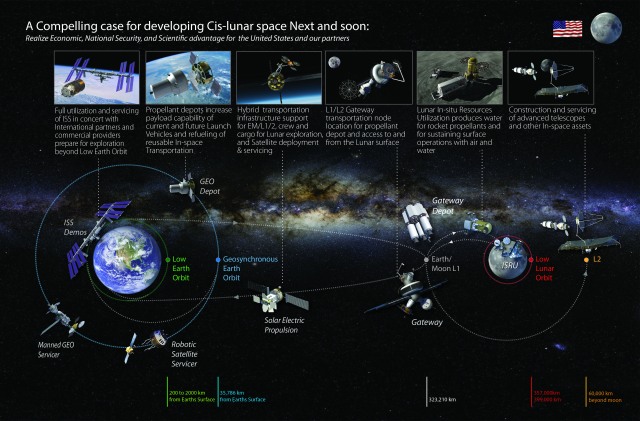 Jeff Bezos’ dream of a trillion humans living in outer space is not so outrageous, given a long series of forward-thinking US presidents. Such presidents, if strong-willed enough, might pull a laggard Europe behind it into deeper and deeper space ventures. They could out-race a despotic, prison-state China to the high ground of the inner and outer solar system, and attract the best of Russia’s engineers and cosmonauts to emigrate and work in the private sector of outer space.

The Kuiper Belt and Oort Cloud contain a lot (billions and billions) of comets. These comets can provide water, gaseous hydrogen and oxygen, and a wide range of minerals and raw materials for commercial use in space.

The resources of outer space are vast, but dispersed. A lot of people — and a whole lot of advanced robotic designs — will be needed to round up and herd in those resources for profitable use. Considering that just one asteroid can be worth more than $100 trillion, brings a bit of much needed sobriety and motivation to the table. More

Humans must start somewhere in this vast, system-wide gold rush for wealth, materials, and territory. The best places seem to be Earth orbit, cis-lunar space, Earth-crossing asteroids, the lunar surface, and eventually Mars and the asteroid belt.

Avoiding the “hail Mary” approach in favour of the “pulling oneself up by one’s bootstraps” approach, seems wise.

This entry was posted in Asteroids, Future, Space Future and tagged Space. Bookmark the permalink.