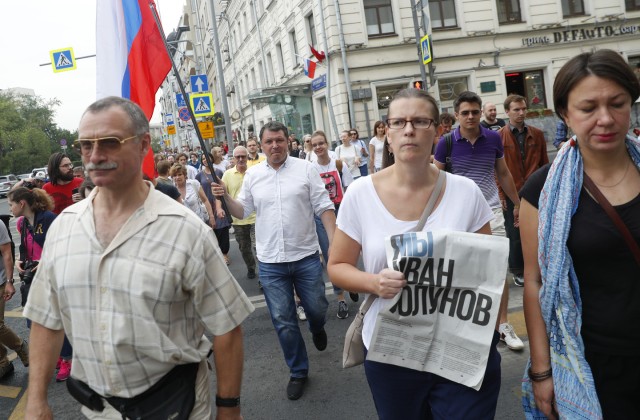 The Russian economy has been in the doldrums, for very good reason. And a top Russian official says that Russia may explode if things do not get better. Russians are starting to feel a bit rowdy, and are beginning to speak out. Even Russians in Crimea are beginning to regret Putin’s rash invasion of the peninsula in 2014.

But be very careful about mentioning any of this, if you happen to be a foreigner in Russia. You may find yourself being given the boot.

Russia’s gradual economic decline has exacerbated inequality. The 2014 annexation of Crimea came at a steep price, straining the economy with Western sanctions and hitting average Russians the hardest. As living standards deteriorate, anxiety has settled in among Russians, including young people.

Young Russians are increasingly aware that corruption and nepotism contribute to their economic uncertainty. They can’t help but notice that many top positions are distributed among Putin’s loyalists and their children. It comes as no surprise that, according to a poll conducted in December 2018, 41 percent of young Russians — a record high — say they intend to emigrate. __ https://www.msn.com/en-ie/news/indepth/opinions-how-putin-and-the-kremlin-lost-russian-youths/ar-AAD3nK4?li=BBr5KbJ

Russia’s population looks to be heading below 100 million, with a large proportion being dependents. With such a long border to defend with a poor economy and a shrinking population, Russia’s prospects as a going concern heading toward the half century mark seem dismal.

41% of Young Russians Plan to Emigrate

If 41% of young Russians plan to emigrate, it is likely that well over 80% of young Russians want to emigrate, but cannot see any way to achieve it. Young women have often been able to find men overseas to marry, facilitating a relatively quick escape from the dysphoric homeland. Young men can sometimes acquire useful skills in university or special industries, allowing for overseas employment. The foreign education of the children of Russia’s elite is so common as to be a joke in Russia.

But just as in China, there is no peaceful way for ordinary Russian people to bring about meaningful change that might bring about a willingness to innovate, work harder, raise larger families, stay home, and stop capital flight. There is no rule of law in Russia, merely a rule of whim by the powerful people such as Putin.

And so, what else can the ethnic Russians of talent, skill, and attractiveness do but make plans for egress? The people of Russia are quite tough and can take a lot of punishment from their corrupt and criminal leaders. But for how much longer?

This entry was posted in Russia, Russian Womb Drain and tagged Russian Decline. Bookmark the permalink.