The Chinese Influx Into Asian Russia 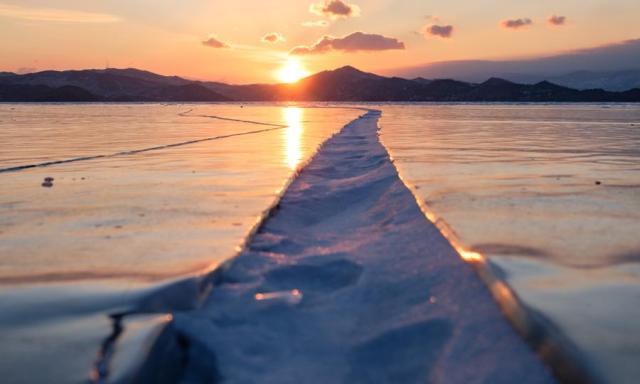 China increases its control over Siberian resources under Putin’s nose. The Russian people are unhappy about what is happening.

“For Siberians, there are two things that are like a red rag to a bull,” Svetlana Pavlova, chief editor of the Irkutsk, a Siberia-based IRK.ru news website, said. “One is the Chinese who ‘have taken over everything and leave trash everywhere,’ and the second is their presence on the lake. Here, we have a company building a plant that is 99%-owned by Chinese nationals!”

A construction boom in illegal Chinese hotels infuriates Russians, who cannot get permission to build on the protected shore, while locals earn no money from Chinese tourists, who are serviced by Chinese firms. Concerns also hang over pollution of the lake.

Yet land prices are rising, forcing Russian businesses out of the market and there is litter and rubbish on the streets, while the disposable hand warmers that Chinese use are strewn around the lake shore in the winter.

… East of Siberia, there is also a growing Chinese community in the Russian Far East. Vladivostok and Khabarovsk host vibrant Chinese communities that date back to 19th century Chinatowns. Russians there, as elsewhere, are suspicious about the intentions of Chinese, who use their own name for Vladivostok – Haishenwa. __ https://www.asiatimes.com/2019/06/article/the-chinese-influx-into-asian-russia/

Demographically and Economically, China is the Giant and Russia is the Mouse

While the Siberian land mass is huge, the population of ethnic Russians is diminishing. And the economic power of Russia east of the Urals is miniscule compared to what China brings to the table. Ever so quietly, Putin has been selling off Russian assets to the Chinese.

… according to UN data, Russia’s population as a whole could fall by a third over the next 40 years. The prospects for Siberia and the Russian Far East are even worse. Many residents are moving from the climatically harsh regions, with their under-built infrastructure, to wealthier European Russia.

Between 1998 and 2005, Russia’s population east of Lake Baikal dropped from 8 million to 6 million between 1998 and 2005, and has continued falling since. Meanwhile, next door, the three provinces of north-eastern China – Heilongjiang, Jilin and Liaoning – hold 110 million people.

And Russia’s eastern provinces offer exactly what China needs: fuel, raw materials and arable land. The area contains nearly all of Russia’s diamonds, 70% of its gold, huge deposits of oil and natural gas and vast expanses of unpopulated land.

As dozens of nations and corporations have discovered around the globe, doing business deals with China is like doing deals with the devil. The cash is real, but what must be given up in exchange is priceless.

In China, there is a growing feeling that the Russian Far East is meant to be a part of China. As that feeling grows, more economic control of the region is actually changing hands. As the numbers of ethnic Russians east of the Urals shrinks, the Russian presence in Siberia and the Far East will be pushed aside by the larger numbers from the south.

The city of Vladivostok is closer to Beijing than it is to Moscow – less than 100 miles from the borders of China and North Korea and Japan not much farther away. The Chinese were some of the region’s first inhabitants. Some even still call it “Manchuria,” but officially the region is known as “Primorskiy Krai.” These early Chinese lived in the area seasonally, fishing and farming in the warmer months then returning to the mainland when winter came. __ https://geohistory.today/china-far-east-vladivostok/

These trends are inevitable and virtually unstoppable. Putin has no will to resist them — and has in fact been covertly aiding the Chinese takeover.

The 1.35 billion Chinese people south of the border outnumber Russia’s 144 million almost 10 to 1. The discrepancy is even starker for Siberia on its own, home to barely 38 million people, and especially the border area, where only 6 million Russians face over 90 million Chinese. With intermarriage, trade and investment across that border, Siberians have realized that, for better or for worse, Beijing is a lot closer than Moscow.

The vast expanses of Siberia would provide not just room for China’s huddled masses, now squeezed into the coastal half of their country by the mountains and deserts of western China. The land is already providing China, “the factory of the world,” with much of its raw materials, especially oil, gas and timber. Increasingly, Chinese-owned factories in Siberia churn out finished goods, as if the region already were a part of the Middle Kingdom’s economy. __ https://chinadailymail.com/2014/07/05/why-china-will-reclaim-siberia/

Russia and China’s alliance is an illusion; each wants to dominate the other

There is only room for one giant Asian superpower. Chairman Xi thinks he knows which it will be.

This entry was posted in China, Putin, Russia. Bookmark the permalink.

3 Responses to The Chinese Influx Into Asian Russia