Can Anyone Liberate Hong Kong from King Kong? 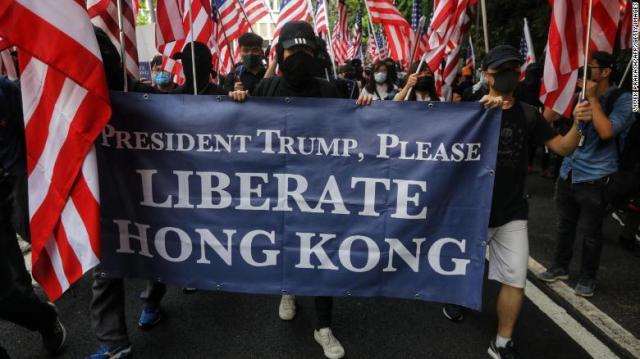 Such images from Hong Kong must seem very curious to mainlander Chinese, who have been programmed to submit to every abuse imaginable from their murderous communist party overlords. This is the sort of thing that is carefully censored from the media diet of the party slaves, but digital images can easily find their way to almost anywhere these days.

Thousands of protesters earlier sang the Star Spangled Banner and called on U.S. President Donald Trump to “liberate” the city. They waved the Stars and Stripes and placards demanding democracy.

“Fight for freedom, stand with Hong Kong,” they shouted before handing over petitions at the U.S. Consulate. “Resist Beijing, liberate Hong Kong.”

They are only words and images. But they are based upon real life experiences for many students and travelers, and they are similar in many ways to the words, images, and experiences that triggered and sustained the 1989 mass protests and liberations across central and eastern Europe. 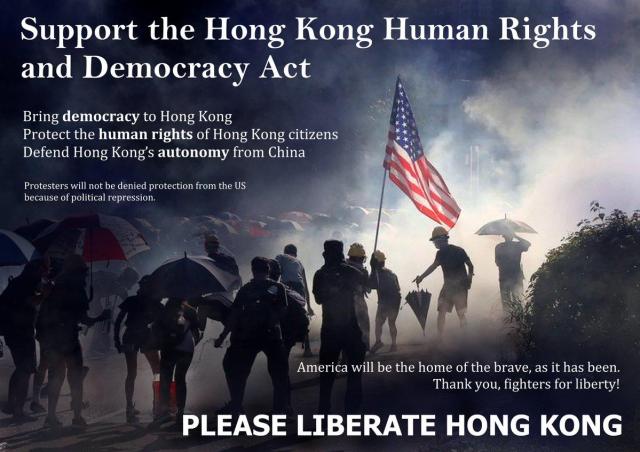 There is a good deal of discussion about decoupling the US economy from China. As more US corporations move manufacturing facilities out of China to countries such as Mexico, Canada, and Vietnam, the idea of decoupling the US economy from China is becoming more a reality. China has been unwilling to play by international trade rules, so if it must suffer this economic catastrophe it can only blame itself.

But decoupling Hong Kong from King Kong China is another matter. Hong Kong grew wealthy as a trading nexus between China and the outside world. Hong Kong’s very identity and raison d’etre depend upon “coupling” with China. The conflict seems to arise in determining what sort of coupling will evolve as the future unfolds.

A small minority in Hong Kong seem to wish closer political and economic connections with the Anglosphere. As the 51st US state, for example, Hong Kong would draw the US closer to Asia. Perhaps the US would then build a chain of artificial islands across the South China Sea to assure the future security of the US state of Hong Kong? Shenzhen may even want to join the new political entity. Not very likely, but even to have such thoughts enter the minds of more than a few Chinese must be giving the communist overlords of death acid stomachs.

Whether Hong Kong is to maintain its coupling with China as an autonomous political entity, as the 51st US state, or as a province of Taiwan, its economic role for China would still be irreplaceable. Any dreams and fantasies Beijing may have of replacing Hong Kong with Shanghai or Shenzhen are only that — fantasies. And weak fantasies at that. The international world does not trust China, and in finance and economics trust is everything. That is why Hong Kong needs to maintain separation from China — to maintain trust, trade, and a strong flow of funds and goods.

Under Xi, China has evolved into a monster. Many mainland Chinese people seem to be comforted by this idea of monstrousness, believing that it conveys some form of protection. But behaving in a monstrous manner can also paint a target of vulnerability on the monster’s back, for all its neighbors and all nations of the world to see.

Hong Kong is stuck with King Kong for now. But the exact manner of coupling between them is still up in the air.

This entry was posted in China and tagged Hong Kong. Bookmark the permalink.

1 Response to Can Anyone Liberate Hong Kong from King Kong?