Some Experts Believe the Virus May Have Escaped a Lab

Ebright thinks that it is possible the COVID-19 pandemic started as an accidental release from a laboratory such as one of the two in Wuhan that are known to have been studying bat coronaviruses.

Except for SARS-CoV and MERS-CoV, two deadly viruses that have caused outbreaks in the past, coronaviruses have been studied at laboratories that are labelled as operating at a moderate biosafety level known as BSL-2, Ebright says. And, he says, bat coronaviruses have been studied at such labs in and around Wuhan, China, where the new coronavirus first emerged. “As a result,” Ebright says, “bat coronaviruses at Wuhan [Center for Disease Control] and Wuhan Institute of Virology routinely were collected and studied at BSL-2, which provides only minimal protections against infection of lab workers.” __ TheBulletin

Due to lab mishandling, a strain of the H1N1 influenza managed to escaped from a Chinese facility that was likely trying to create a vaccine for the disease. The virus spread globally and had an infection rate of 20% to 70% among those exposed. Luckily, the strain of the virus caused only mild disease and few fatalities.

And at least four times with SARS virus since the 2003 SARS epidemic:

Severe Acute Respiratory Syndrome (SARS) was a global epidemic in 2003 that caused 8,000 infections and 774 deaths across 29 countries. Since the original epidemic, there have been six escapes of the virus from laboratories — four in Beijing, and an additional one each in Singapore and Taiwan.

In all cases, the virus escaped due to negligence and human error. Fortunately, none of the escapes led to a renewed outbreak.

The 2003 SARS virus did not spread as readily as its cousin from Wuhan. But like all viruses, it is subject to mutating — or to being altered.

Genomic Analysis Suggests COVID-19 is Caused by a “Chimeric Virus”

To create the Wuhan Coronavirus, a single animal would need to be infected with two distinctly different viruses at the same time. A “fusion” or recombination of the two viral genomes could create a new virus capable of infecting another species such as humans.

… genomic comparisons suggest that the SARS-Cov-2 virus [Wuhan Coronavirus] is the result of a recombination between two different viruses, one close to RaTG13 and the other closer to the pangolin virus. In other words, it is a chimera between two pre-existing viruses. __ Science Alert

If this occurred inside a Wuhan virology lab, sloppy technique could have allowed the new virus to escape into the population — where it would be free for several weeks to spread around the world, before any measures would be taken to slow its transmission. 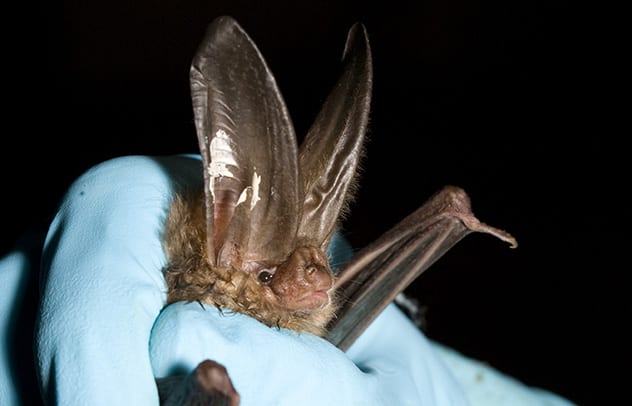 Information out of China is entirely unreliable

Centuries Ago, A Pathogen From China Shifted the Balance of Power in Europe

Venice was once one of the strongest powers of Europe. But when the Chinese plague struck, it struck hard and long. Venice declined, and others took its place.

The Italian Plague of 1629 to 1631, was believed to have originated in China and spread West over Silk Road trading routes. As a major trading center, Venice was among the hardest hit. While authorities did their best to grapple with the disease (the word Quarantine comes from the Venetian dialect’s word for 40 days), it was not enough. The Italian Plague contributed to a major shift in the European balance of power as Venice declined and Northern European states, such as England and the Dutch Republic, rose to become major geopolitical powers.

These historical lessons are instructive as we see that COVID-19 is already influencing the U.S.-China competition. __ Pandemics and the Rise & Fall of Great Powers

The Wuhan Virus Will Likely Stay Around for Years

When nations are faced with a likely multi-year pandemic, they cannot shut down their societies and economies indefinitely. They must use their experience with other mass casualty pandemic infections — and instead of shutting down their economies, they must tool their economies to generate a wide range of responses to the challenge.

Quarantine, travel bans, closing bars and public performances and emptying college campuses have jeopardised the livelihoods of economically vulnerable individuals who have no financial cushion to tide them over. Financial distress in turn exacts a well-known toll on physical and mental health.

Experience with seasonal flus teaches the virtues of calmly dealing with things as they come. Death rates in the US attributed to flu infections swing widely and unpredictably — from 12,000 in good years to 61,000 in bad years. Intensive care units, whose capacity is optimised for normal demands, face acute stress in bad years. And, every new season may bring mutations as deadly as the catastrophic Spanish flu. ___ FT

Wild-eyed journalists and politicians are running around panicked, acting as if the Wuhan Coronavirus is the only problem that societies must deal with. But that is clearly not the case. An exclusive, full-bore policy focus on the Chinese virus alone — and ignoring the unintended consequences of draconian, anti-viral social and economic policies — would be disastrous.

Governments were badly unprepared for this crisis. If government policies leave their societies economically weak and socially depleted, the next crisis will not go any better.

There is no such thing as perfect containment. As long as dangerous viruses are kept for study — and re-engineering — some will get loose. Instead of teaching our young to run and hide from every conceivable threat, perhaps we could try teaching them how to face down the threat?

There are ways, and Taiwan, Hong Kong, Singapore, South Korea, and Japan, may have found some of them.

Japan must be one of the best places in the developed world to be at the moment, as the impact of the coronavirus appears extraordinarily mild. What’s more, government intervention in everyday life has been minimal, to the point of imperceptibility. There have currently been 900 reported cases and around 50 deaths in Japan, which in a country of 126 million, close to China, and with densely-packed cities and a high proportion of elderly people is remarkable. Italy (population 60 million) has 40,000 cases and 3,600 dead.

After a brief flurry of postponements and cancellations, life seems to be going on pretty much as usual. Schools were initially closed but are reported to be reopening soon; and shops, bars, restaurant and even nightclubs are trading as normal. Many theatrical performances have been canceled, but not all, and people still turned out in huge numbers for the annual cherry blossom viewing last weekend, with the only government advice being to maintain a safe distance from others, and keep moving. __ https://spectator.us/japan-cracked-coronavirus/

It is up to intelligent populations to shrug off the dangerous restrictions of sluggish governments and panicked news media in order to discover what works.

A timeline of CCP lies

Why Iran — a close friend of China — is suffering from Wuhan virus so badly:

As the coronavirus got officially underway in China through January with an ever-rising death toll, Iranian officials did nothing to stem travel between the two countries, in a seeming attempt to maintain strong diplomatic ties. In an interview on Feb. 4, Bahram Parsaei, a ranking member of parliament from Shiraz, complained that despite a government decision on Jan. 31 to supposedly suspend all Iran-China flights, some Iranian airlines not only carried on business as usual but also helped transfer China-bound passengers in other countries. He added that even Turkey had “canceled all China flights out of care for people’s lives” notwithstanding its heavy economic reliance on tourism, including Chinese tourists. Yet Mahan Air pressed on with Tehran-Beijing flights until as late as Feb. 23.

Imperial College drastically lowers its estimates of UK viral deaths from a previous estimate of 500,000 deaths down to a much lower estimate of 20,000 or fewer deaths. All models are wrong.

The virus will likely be around for a while, but the crisis may be over sooner than we think.

The data from South Korea, where tracking the coronavirus has been by far the best to date, indicate that as much as 99 percent of active cases in the general population are “mild” and do not require specific medical treatment. The small percentage of cases that do require such services are highly concentrated among those age 60 and older, and further so the older people are. Other things being equal, those over age 70 appear at three times the mortality risk as those age 60 to 69, and those over age 80 at nearly twice the mortality risk of those age 70 to 79.

The point, [David L.] Katz explains, is that all of the available evidence and the limitations of our health care system points to focusing our containment efforts on the elderly and chronically ill, not society at large.

And save us from the age of heroic medicine

What is China trying to hide?