A Big Change in the Way You Fly

Fly like a business executive direct to your home town airport — but at the routine cost of a commercial air flight. The new Otto Aviation Celera has completed 31 successful test flights, and is on track to provide a flight service to North American customers with previously unheard of convenience and low price. 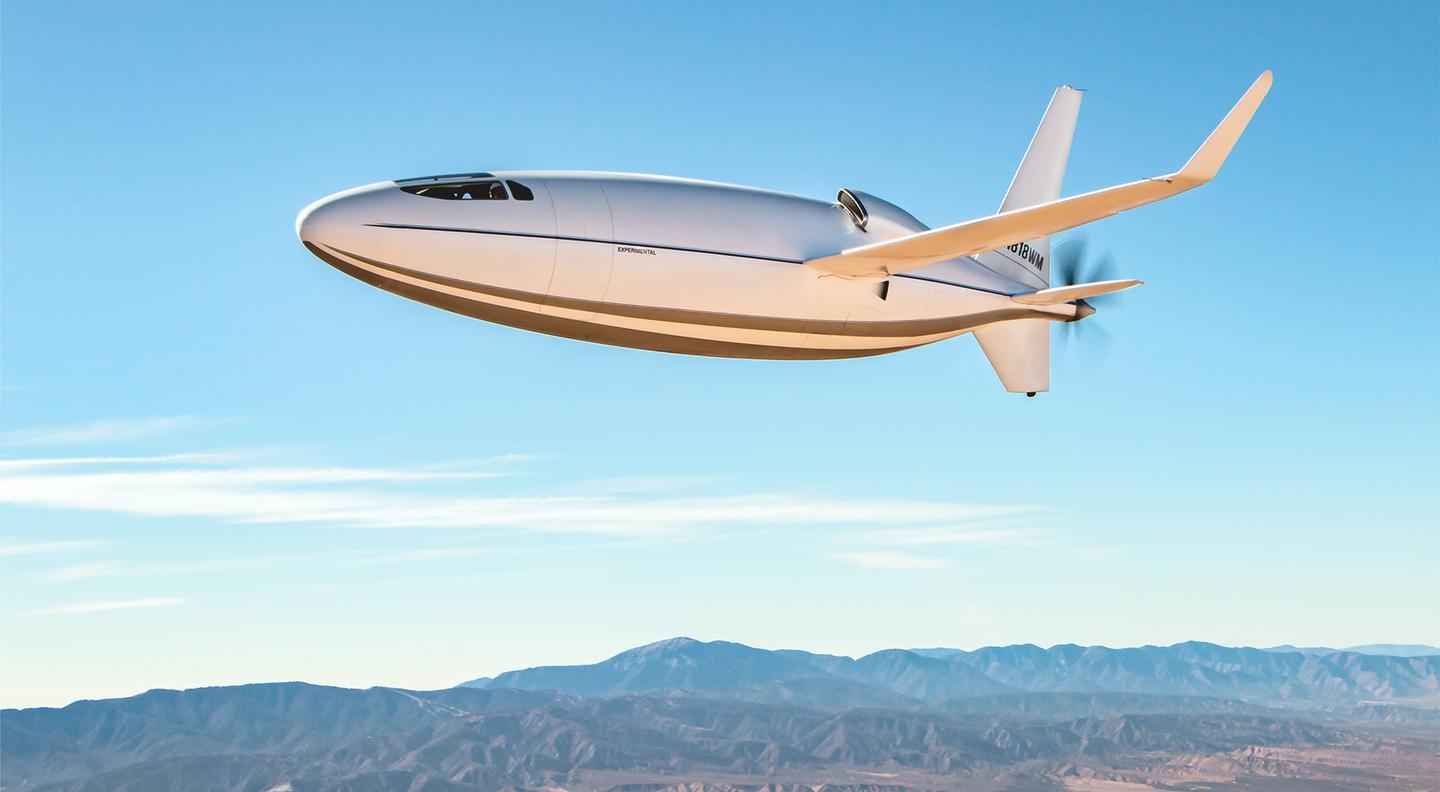 It looks funny because it is designed to reduce drag to a bare minimum. The many side effects of this funny design include longer range (4500 nautical miles per full fuel load), direct access to over 5,000 regional airports in North America, a spacious stand up cabin, and low flight costs comparable to flying on commercial airliners.

And this funny looking plane can glide! It has a glide ratio of 22:1, allowing it to glide unpowered for up to 125 miles from a cruising altitude of 30,000 ft. This gives the pilot more time to find a safe place to land in the unlikely event of engine failure.

The aircraft has a maximum cruise speed of 450 miles per hour, a range of over 4,500 miles, a large stand-up cabin and an astounding fuel economy of only 18 to 25 miles per gallon. The dramatic reduction in fuel consumption makes the Celera 500L the most environmentally friendly airplane in its class and presents a major leap forward in the effort to develop a zero-emission air transportation system.

The Celera 500L utilizes extensive laminar flow over the fuselage, wings, and tail surfaces to reduce drag and achieve superior aerodynamics, speed, and fuel efficiency. The manufacturing detail delivers cruise efficiencies unmatched by conventional aircraft while offering a clean-sheet design that will completely alter the way people and parcels travel.

I don’t like to engage in “gee-whiz” promotions for commercial products. But this airplane looks like a game-changer for commercial aviation, for passengers and freight. With a claimed 31 successful test flights under its belt, it looks like a genuine phenomenon rather than the empty boasting that the internet is famous for.

More on the design, and its limitations:

The bulbous-looking flying suppository shape of the C500L allows an astonishing 59 percent reduction in drag, says Otto, when compared to a similarly sized traditional design.

This raises questions: if it’s so efficient, why the heck is this the first time we’ve seen it? And what the heck have other manufacturers been prioritizing in their wind tunnel designs? One possible answer lies in the fact that Otto says the benefits will not scale upward to a full-sized airliner; the length-to-width ratio is critical.

Typically, small aircraft like this would really only be relevant to the very top end of town, but Chairman and Chief Scientist William Otto Jr says, “in many cases, individuals and families will be able to charter the Celera 500L at prices comparable to commercial airfares, but with the added convenience of private aviation. We believe when the price of private air travel is competitive with commercial air travel, an enormous market opportunity will result.”

Otto says it has now completed 31 successful test flights with the full-scale prototype aircraft “that validate its operating performance goals,” but there’s no indication of when we might see a production design … or super-cheap private flights between small airports. __ New Atlas

The only way that private air travel would be able to compete with commercial air travel is if something fundamental about the airplane itself allowed it. A new engine or a new type of fuel, for example. In this case the “something new” is the aerodynamic design of the airframe. A 59% reduction in drag will be reflected in a significant reduction in fuel consumption, and a greater potential range (4500 nm!).

The ability to fly from one small regional airport to another small regional airport thousands of miles away, means no long commute to the airport. No hours-long security checks and delays. Far lesser risk of catching a communicable disease from that third world traveler in the aisle seat. And the risk of being hijacked by muslim terrorists would be vanishingly small.

Everyone would like to have access to this kind of air travel, generally only provided to top executives, celebrities, government leaders, and the very wealthy. If everything goes well for Otto Aviation and its unusual new plane, you may be able to charter long distance flights for yourself and your family and close friends at prices similar to what you would pay for commercial airline flights.

The American Left is now avowedly revolutionary, and they even have violent thugs in the form of Antifa to do their dirty work. We can only understand them if we recognize their revolutionary nature. Hordes of migrants and refugees are, they believe, allies in their revolutionary project, which is nothing less than the complete destruction and reconstitution of American civilization, in their own words, “by any means necessary.” This has always been the goal…

These are the people who control the Democratic Party now, regardless of the men and women in front of the curtain who pretend to be leading the train wreck.

This entry was posted in Transportation. Bookmark the permalink.

6 Responses to A Big Change in the Way You Fly