By 2050, the World’s urban population will have increased from 3.9 billion to 6.4 billion, resulting in 67% of the world’s population inhabiting urban areas, up from the current level of 54%. Clearly, urbanization is already occurring, and it is working to change the complexion of both cities and countries across the world.

Urbanisation, global migration, and both intra-national and inter-national dysgenic decline: How will these large-scale trends interact with utopian ideologies and a rapid development and diffusion of disruptive — and often deadly — technologies?

Humans around the world are moving en masse into the urban and peri-urban worlds. At the same time, communication technologies are exposing a wide array of utopian and militant ideologies to the rising masses of city-dwellers. Displaced from rural homes, traditions, and lifestyles, they are eager to find a purpose amidst all the alienating turmoil they experience around them.

Pressing men and women so close together in howling, marching formations obliterates individuality… But even with all of our electronic diversions, is loneliness any less prevalent now than it was when Arendt published her magnum opus in 1951? People are currently more isolated than ever, more prone to the symptoms of the lonely, totalitarian mind, or what psychiatrists call “racing thoughts.”…

Our time on earth, indeed, may be ripe for the next batch of utopian ideologies. Far more than the early 20th century even, we are bombarded by stimuli: If there were too many books and ideas, too many people and systems, back in [the mid 20th century], they were only a fraction of what people must cope with now. The soul itself, explains the contemporary Romanian philosopher Horia-Roman Patapievici, is being hollowed out because of the substitution of the inner imagination by technology: smartphones, intelligent toys, the array of electronics at malls. Technology, as Martin Heidegger understood, is devoid of intrinsic purpose, with mental anguish and confusion merely the result of its overuse. Thus, we desperately require meaning in our lives, which conventional politics obviously cannot satisfy. __ 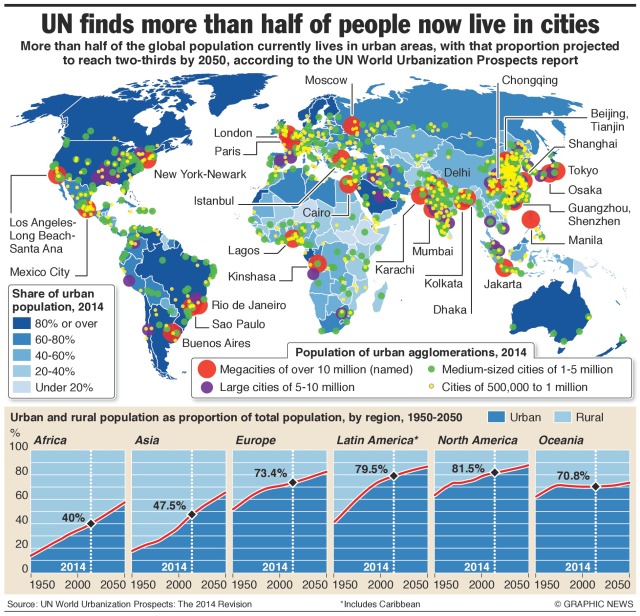 At the same time that humans around the world are being pressed into larger and larger cities, a global demographic transition is occurring that will make smoothly functioning megacities over most of the world impossible to maintain. In the advanced and emerging worlds, more intelligent people have fewer children than unintelligent people. Worse, in the perpetual third world of poverty, violence, and low IQ, birthrates are particularly high.

It is difficult to visualise multiple overlapping and interacting dynamic trends inside the mind, at the same time. Several different scenarios are always possible, depending upon different sets of constraints and how they might propagate into the future.

How Does Globalised Migration Affect this Picture?

Globalization, as it intensifies, carries the potential to unleash utopian ideologies by diluting concrete, traditional bonds to territory and ethnicity, for in the partial void will come a heightened appeal to more abstract ideals, the very weapons of utopia. And it is not only the Middle East that should concern us. China is in the process of transforming itself from a developing country into a national security state that in future years and decades could adopt new and dangerous hybrid forms of nationalism and central control as a response to its economic troubles. Russia’s Vladimir Putin may yet be the forerunner of even greater xenophobia and nationalism under leaders further to the Right than himself, as a response to Russia’s weakening social and economic condition. In an age of globalization, not only religion, but nationalism, too, can become still more ideological, illiberal, and abstract.

Russia and China have competing utopian, nationalist ideologies, which will inevitably clash over territory, influence, and global weapons development and sales. Inside the Muslim world are clashing utopian ideologies, both between Shiite and Sunni branches AND within the Sunni branch itself.

Western utopian ideologies increasingly revolve around leftist, multicultural, anti-European ideals, which leave the gates of western nations wide open to the barbarians who have grown tired of waiting and watching through the gates. Even western religious utopian ideologies are opening the gates to outside barbarians, and inevitable decline to anarchy. 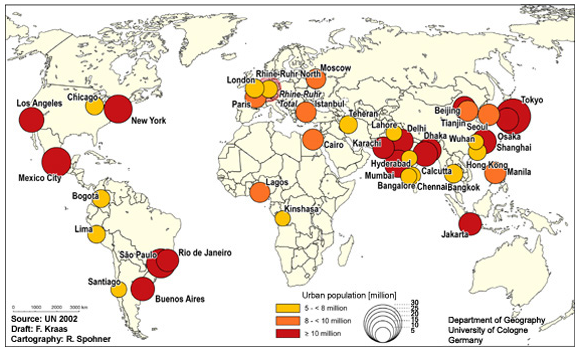 Megacities will often turn into Megaslums under the coming dysgenic Idiocracy, fueled by migration and dysgenic differential birthrates. We see this occurring first of all in parts of Africa, Asia, and Latin America. But as current immigration trends continue, we will see the emergence of true Megaslums in Europe, North America, Oceania, and even in Japan and other presently low-migrant wealthy nations that are losing the demographic race.

Consider the state of public health structures in Sub Saharan Africa and much of the rest of the third world — and what the public health system of Russia is becoming. Then imagine the same collapse of health infrastructure in large cities of Europe, the Anglosphere, and East Asia — all occurring at the same time that several emerging killer contagions sweep out of the Megaslums of Africa. Who will be able to send help and aide? Who will develop vaccines and treatments, when every part of the world is engulfed in the same deadly plague?

But that is not the worst of it. As modern physical, chemical, biological, and cyber weapons of incalculable destructiveness spread across the developed and undeveloped worlds alike, imagine how competing and incompatible ideologies of utopia — armed to the hilt — will choose to “work things out” over the long run. War has always fed into pestilence, starvation, poverty, and uncontrolled migration of the recently homeless. The next time it happens will likely be on a vastly larger scale.

The same disasters that are beginning to happen in third world slums, will also arrive in Europe and the Anglosphere soon enough. Particularly with western leaders such as Merkel, Hollande, Obama, and Trudeau.

The key to spotting cascading events before most other people see them, is by looking at the most basic of fundamental trends — and learning to mentally intermesh these basic trends in a dynamic fashion. Most people do not even know enough about their world to know when the news media (or state propaganda) is lying to them — or leaving out critical details upon which entire issues pivot.

Such people will live and die in ignorance, and be soon forgotten. Others — who taught themselves how to learn and comprehend basic and more complex trends — will be in a better position to assist the coming of a more expansive and abundant human future.